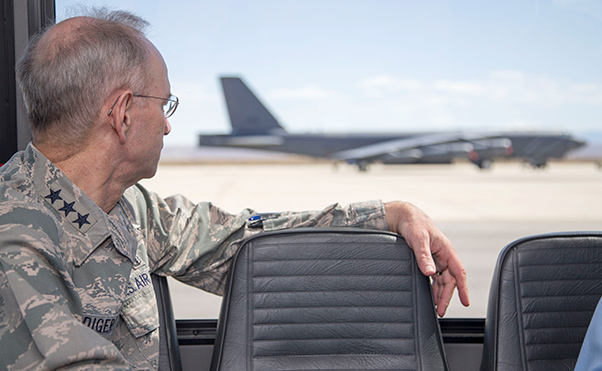 Lt. Gen. (Dr.) Mark Ediger, U.S. Air Force surgeon general, and his entourage were given tour of various facilities on and around Edwards Air Force Base, to include the Edwards flight line.

The purpose of his visit was to receive background on the 412th Test Wing mission and see how he can assist at his level with the mission.

Ediger stopped by the 412th Medical Group’s Main Clinic first where he met with the staff and toured the campus. The general then toured the 412th Aerospace Medicine Squadron, the flight line and visited the Air Force Research Laboratory Rocket Propulsion Division. He also was given a tour of the U.S. Air Force Test Pilot School and met with test wing leadership.

On the second full day of his visit, Ediger was given a proficiency flight aboard an F-16 Fighting Falcon. 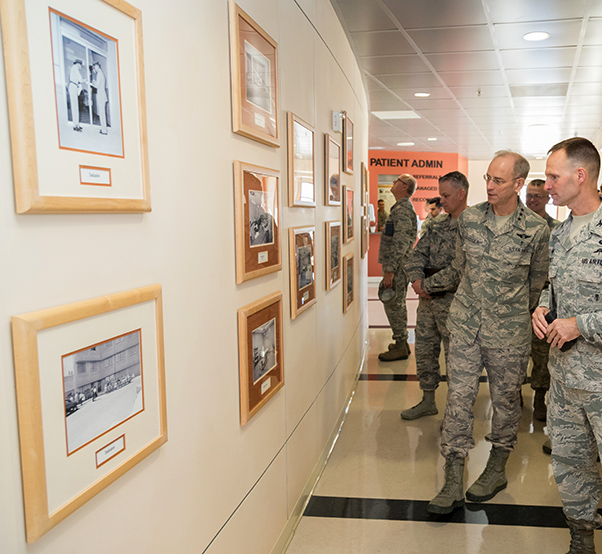 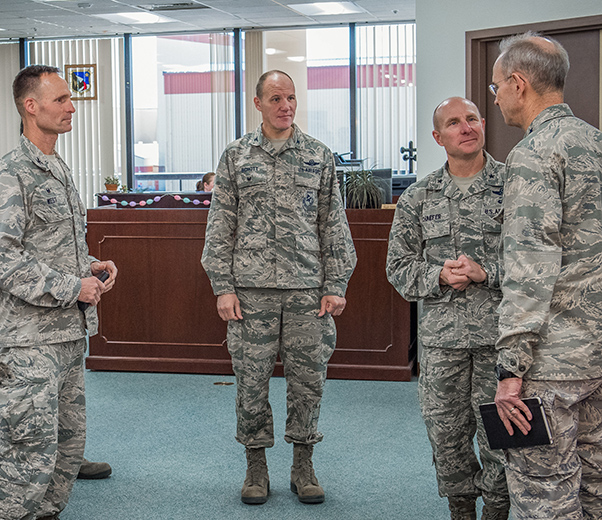