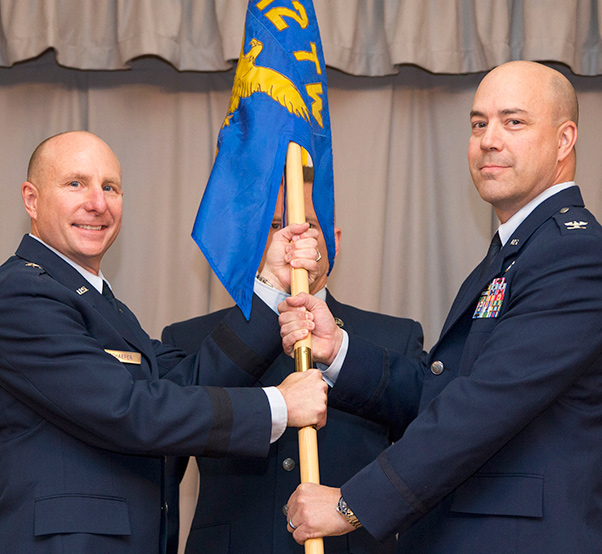 Col. Jeffry Hollman took the reins of the 412th Mission Support Group at Edwards Air Force Base, Calif., during an assumption of command ceremony held at Club Muroc June 4, 2018.

Hollman will lead a workforce of more than 1,300 people.

He comes to Edwards after serving as the provost marshal at Headquarters, United States Forces, Japan, and division chief for security forces at Fifth Air Force, Directorate of Logistics and Engineering.

Col. George Tromba commanded the 412th MSG for the past two years before retiring last month.