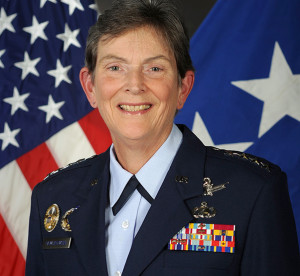 Pawlikowski, the third female Air Force general officer to reach four-star rank, has served as AFMC’s commander since June 2015.  She was commissioned as a second lieutenant 40 years ago following graduation from the New Jersey Institute of Technology with a degree in chemical engineering.

Her successor has not yet been named.  The date of her retirement ceremony will be announced in the near future.

A native of Bloomfield, N.J., Pawlikowski is planning a move to central Georgia following her retirement.