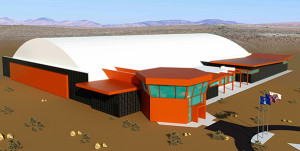 The Flight Test Historical Foundation will host a Gathering of Eagles event Oct. 13, 2018.

The event will take place in the H.W. Hunter Pavilion at the Antelope Valley Fairgrounds in Lancaster, Calif. Social hour begins at 5 p.m. with dinner served at 6 p.m. followed by a panel discussion and an auction of unique aviation memorabilia. Presentations of the C. Gordon Fullerton Memorial Scholarship and William J.”Pete” Knight Scholarship will also be held.

The general public is invited to attend. Tickets may be purchased online at the foundation website athttp://www.afftcmuseum.org/ (under News and Events) and through their Facebook page at AFFTMuseum.

All proceeds from the event will be used to support the Air Force Flight Test Museum at Edwards AFB and Blackbird Airpark in Palmdale, Calif. Money will be used for repair and restoration of aircraft in the museum’s inventory as well as constructing a new state-of-the-art museum and aerospace STEM education center outside the West Gate of the base to make it accessible to the general public.

Editor’s note: The Flight Test Historical Foundation is a private organization. It is not part of the Department of Defense or any of its components and has no government status.