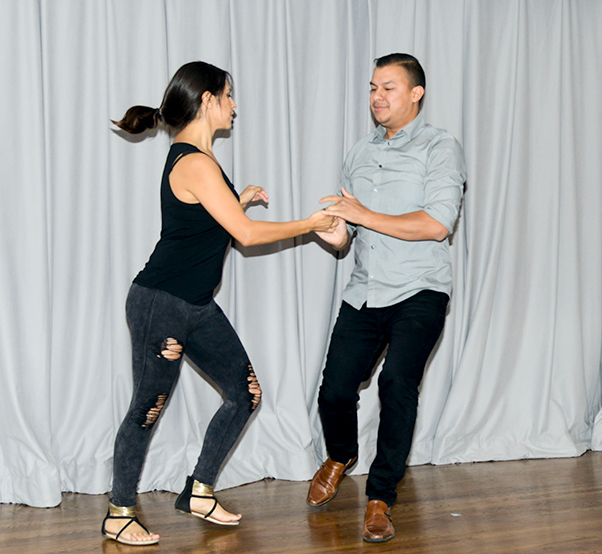 This year’s theme is “Hispanics: One Endless Voice to Enhance Our Traditions.” The theme was selected by the National Council of Hispanic Employment Program Managers in March. It was selected through a voting process and was one of more than 10 submissions. The theme was submitted by Aissha Hernandez-Ramos from the U.S. Department of Agriculture in San Juan, Puerto Rico.

“Although Hispanics share so much, we do also have very unique characteristics and that enhances us as a group,” Hernandez-Ramos said in a release statement. “Our traditions will always be part of who we are. As our history shapes our character, culture defines our beauty, and traditions will enhance our future. History, culture and traditions defines us; and we maintain alive because of that. We will keep talking to the world, we will let them know we are here, with our history and culture, as we will keep raising our voice with all we are — a legacy of traditions.” 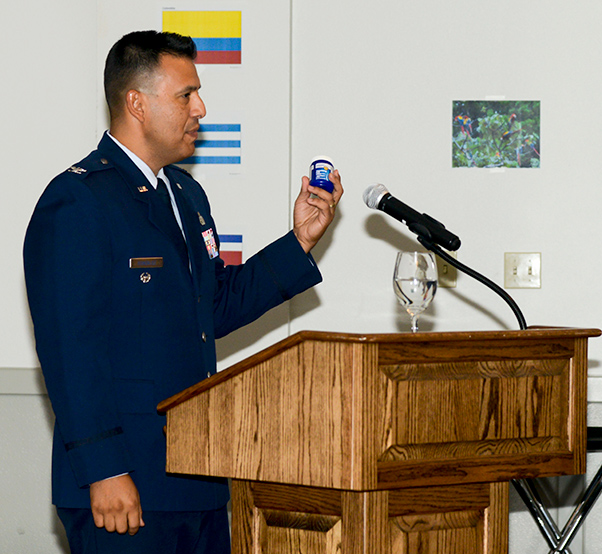 Col. Antonio Gonzalez, Air Force Test Center, Contracting director, was the keynote speaker for the event. He echoed Hernandez-Ramos’ statement during his speech to those in attendance. He highlighted a few similarities that almost every Hispanic person in attendance could attest to. Many Hispanics share similar holiday and other family traditions.

One tradition that is shared is a culture of hard work, perseverance and familial support, which has helped him and other Hispanics to be successful. He explained it is that same shared culture and tradition that has allowed Hispanics to contribute to the nation’s fabric.

“I’m so happy to have that kind of support, from my whole family, my wife and kids,” he said. He added that, “a culture of faith and encouragement, to push forward despite any doubts,” as one of his foundations.

He also cited a family tradition of service to the nation through military service. He was motivated to join the Air Force by family members who had previously served in the military, namely his father and his aunt.

The observance concluded with a cultural demonstration of a dance by Andres Cabrera and Marci Herrera from the International Dance Fitness Academy that showcased Hispanic heritage. 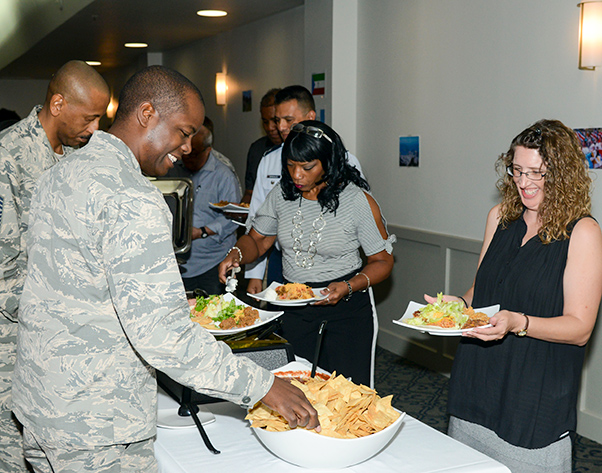 Airmen and family members partake in a food sampling during the Hispanic Heritage Month Luncheon at Club Muroc on Edwards Air Force Base, Calif., Sept. 25, 2018.