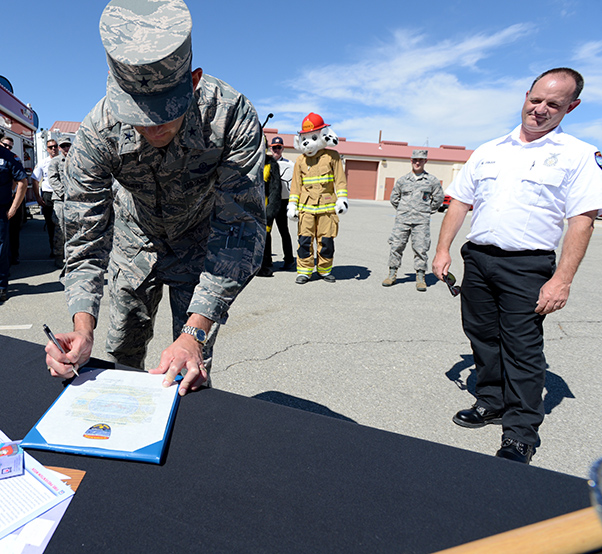 Today’s home fires burn faster than ever. In a typical home fire, you may have as little as one to two minutes to escape safely from the time the smoke alarm sounds. Knowing how to use that time wisely takes planning and practice.

The Fire Department at Edwards Air Force Base, Calif., is teaming up with the National Fire Protection Association — the official sponsor of Fire Prevention Week™ for more than 90 years — to promote this year’s Fire Prevention Week campaign, “Look. Listen. Learn. Be aware. Fire can happen anywhere™.” The campaign works to educate all Airmen, military and civilian, and their families about basic but essential ways to quickly and safely escape a home fire.

NFPA statistics show that the number of U.S. home fires has been steadily declining over the past few decades. However, the death rate per 1,000 home fires that are reported to fire departments was 10 percent higher in 2016 than in 1980.

“These numbers show that while we’ve made significant progress in teaching people how to prevent fires from happening, there’s still much more work to do in terms of educating the public about how to protect themselves in the event of one,” explains Lorraine Carli, NFPA’s vice president of Outreach and Advocacy. “This is particularly critical given the increased speed at which today’s home fires grow and spread.”

“Working in the fire service for many years, we know that people often make choices in fire situations that jeopardize their safety or even cost them their lives,” explained Mike Pinan, Edwards AFB Fire Prevention assistant chief. “We need to do a better job of teaching people about the potentially life-saving difference escape planning and practice can make while motivating them to take action.” 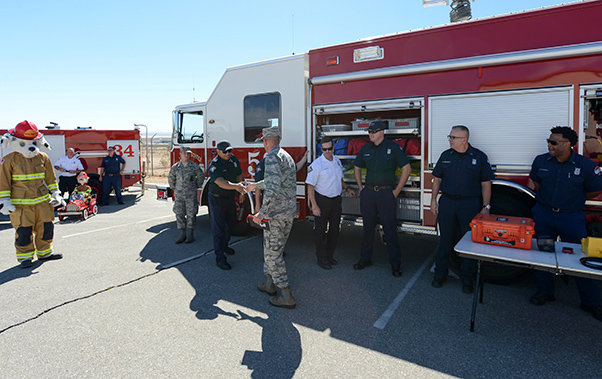 * Look for places fire could start
* Listen for the sound of the smoke alarm.
* Learn two ways out of every room.

While NFPA and the Edwards AFB Fire Department are focusing on home fires, these fire safety messages apply to virtually anywhere. No matter where you are, look for available exits. If the alarm system sounds, take it seriously and exit the building immediately.

The Edwards AFB Fire Department is hosting a series of events in support of this year’s Fire Prevention Week campaign, “Look. Listen. Learn.” including:

Back to school for Team Edwards! Put safety first