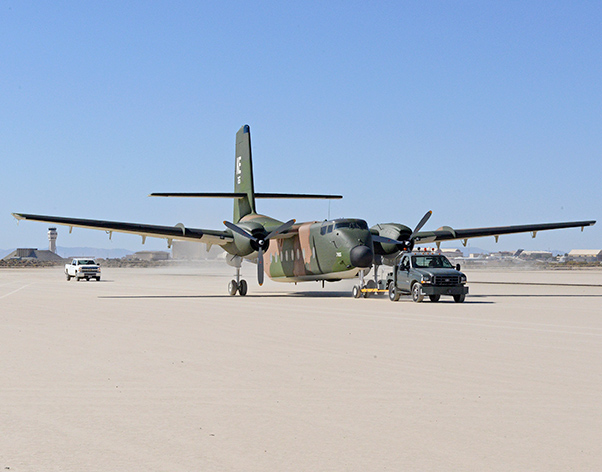 A C-7A Caribou that has been sitting at South Base at Edwards Air Force Base, Calif., for years is now sporting its old look thanks to help from volunteers of the Air Force Flight Test Museum.

The troop and supply carrier was pulled out of Hangar 1634 after getting the new paint job and some sheet metal work. It travelled across Rogers Dry Lakebed to the AFFT Museum’s restoration hangar where it will await a home in the much anticipated new museum planned to be built outside the west gate of Edwards on Rosamond Blvd.

According to George Welsh, AFFT Museum director, the Caribou was an Air Force plane that served in the Vietnam War and was later transferred to the Army where it was assigned to the Fresno Air National Guard. Welsh said the C-7A was a prepositioned plane for the Army Golden Knights parachute team. When they would visit the region to perform their shows, the Fresno-based Caribou would be called into action for their use.

Being a former Air Force asset, and no longer used, the Caribou ended up in the Air Force’s heritage program and brought to Edwards (possibly in the early 2000s) where it has been sitting at South Base until volunteers decided to give it a makeover earlier this year. 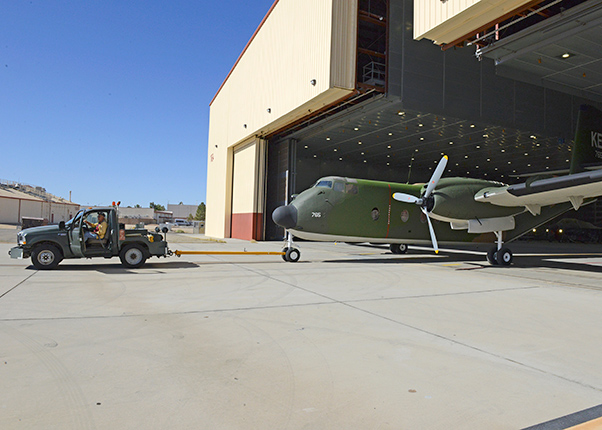 A C-7A Caribou is pulled out of Hangar 1634 after getting the new paint job and some sheet metal work.

Welsh said while at South Base, the Caribou was actually picked up by winds and thrown into the Douglas C-53 Skytrooper parked next to it, causing damage to both aircraft.

Volunteers pounded out the dents on the Caribou along with painting it.

The C-7 was used to move people and materiel into forward areas, where short, unprepared air strips were normal, according to the Air Mobility Command Museum. The Caribou could accommodate up to 32 passengers, 26 fully equipped paratroops, 20 litter patients, or an 8,740-pound cargo load.

The Caribou was a workhorse that went from sunrise to sunset every day operating in the heat, humidity, dust, and mud from the low-lying Vietnamese Mekong Delta to the towering mountain regions of the Central Highlands, according to the AMC Museum.

The Air Force Flight Test Museum on Edwards is funded by the Flight Test Historical Foundation. You can learn more by visiting http://www.afftcmuseum.org/. 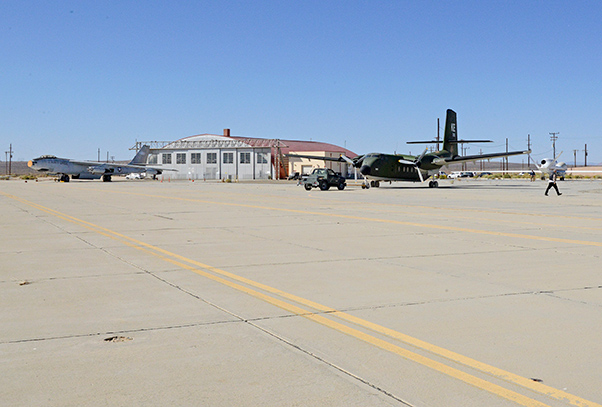 A C-7A Caribou is parked at the Air Force Flight Test Museum restoration hangar after getting a new paint job and some sheet metal work.