November is Lung Cancer Awareness Month and the third Thursday of November is also when the American Cancer Society promotes their annual Great American Smokeout — the one day a year where smokers across the nation can make a plan to quit … a step toward cancer risk reduction and a healthier lifestyle. This year’s smokeout is Nov. 15.

In an attempt to raise tobacco cessation awareness and promote the Great American Smokeout, the 412th Medical Group will hold a base-wide scavenger hunt Nov. 13-15 with five clues directing participants to five sites.  Prizes will go to the first three to complete the scavenger hunt.  The first clue will be available for pick-up at the Edwards Dental Clinic, starting Nov. 13. Are you up for the challenge?

The mission at the 412th Medical Group Dental Clinic is readiness for the war fighter. Our job is to ensure every Airman is ready to fly, fight, and win at any given moment.

In order to achieve maximum readiness, all active duty members are seen for an annual dental exam and cleaning.  At each annual exam, tobacco use is assessed, and if applicable, the patient is asked if they are aware of the associated risks.

A notable risk of tobacco use is cancer, which can affect many areas of the body including the oral cavity. Therefore, an oral cancer screening is a vital part of every dental exam. In the dental clinic, tobacco use awareness is a topic of daily discussion, however, November is always a good time for a foot stomp.

Not only is November Lung Cancer Awareness Month, but the third Thursday of November is also when the American Cancer Society promotes their annual Great American Smokeout (this year it is Nov. 15), the one day a year where smokers across the nation can make a plan to quit…a step toward cancer risk reduction and a healthier lifestyle.

It is important to understand that no level of tobacco use is safe, including electronic cigarettes and/or vaping.  In fact, e-cigarettes and vaping are considered potentially worse due to a higher concentration of chemicals than those found in cigarettes.

Although long-term risks with e-cigarette use have yet to be established, evidence from a clinician database, UpToDate, does show that among adolescents, e-cigarettes have re-normalized smoking behavior. This, in turn, is felt to be part of the reason why adolescents who use e-cigarettes have a greater likelihood of using traditional tobacco products in the future (i.e. cigarettes, chewing tobacco, cigars) than do adolescent non-users.

According to the National Cancer Institute, people who quit smoking, regardless of their age, have substantial gains in life expectancy compared with those who continue to smoke.

The Centers for Disease Control and Prevention cites tobacco use as the single largest preventable cause of death and disease in the United States. More than 16 million Americans are living with a disease caused by smoking. One such illustration of disease, likely less known, is eye disease. Tobacco use is both the number one link to macular degeneration (leading cause of blindness) and the top cause of eye infection in the United States.

In December 2016, the World Health Organization reported the prevalence of combined adult cigarette smoking and smokeless tobacco use to be 17.3 percent.  At Edwards AFB, the Center of the Aerospace Testing Universe, the annual average for combined cigarette smoking and smokeless tobacco was 13.8 percent and 14.9 percent for fiscal year 2017 and fiscal year 2018, respectively — showcasing a 1.1 percent increase among the active duty population.

For further perspective, the most recent monthly statistics for 2018 placed Edwards AFB 1.4 percent above the total active duty Air Force average for tobacco use. Increased awareness through 412th MDG programs and outreach, such as the Tobacco Cessation Class run by Health Promotions manager, Eugene McClelland, certainly play a role in decreasing tobacco use across the installation. McClelland reported a 63% and 82% quit rate in 2016 and 2017, respectively, for participants who completed the Edwards AFB Tobacco Cessation Class.  In 2018, McClelland reported continued increase in cessation success, a 100% quit rate for all class participants.

Improved tobacco cessation statistics across the wing is surely something to be proud of, however, many other tobacco-related statistics deliver a more sobering impact. This November, the 412th MDG is honing in on statistics pertaining to the number five. Cigarette smoking, again according to the CDC, is the leading cause of preventable disease and death in the U.S., accounting for more than 480,000 deaths every year, or 1 out of 5. 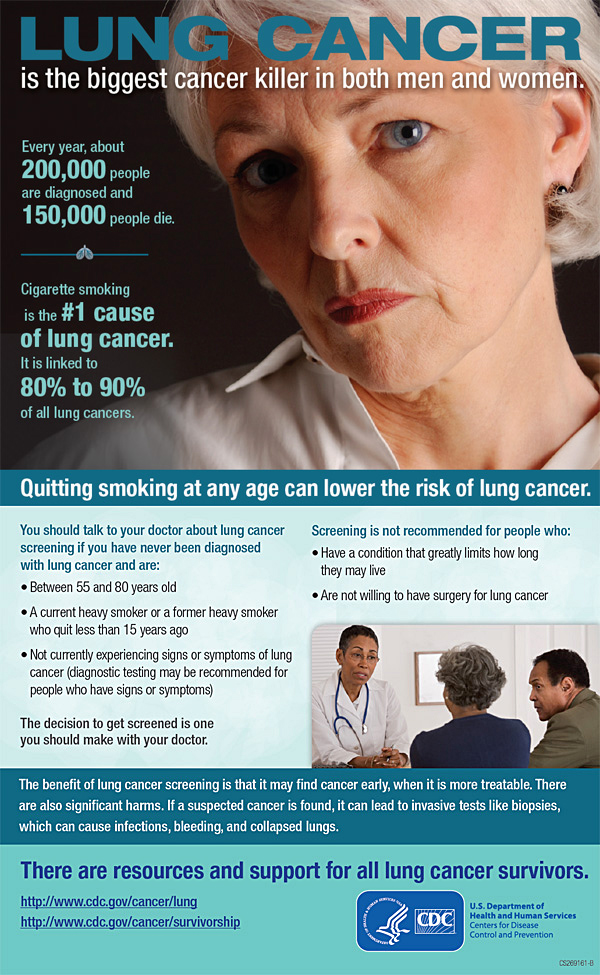