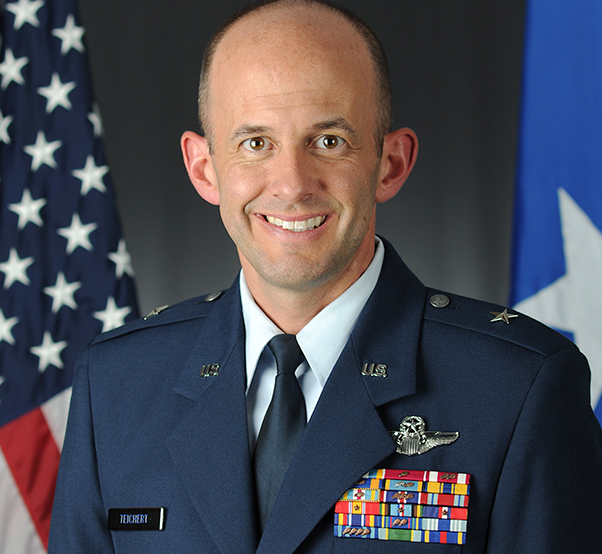 EDWARDS AIR FORCE BASE, Calif.–This past weekend was not particularly different than the norm here at Edwards Air Force Base, Calif.

Yet, our routine provided another stark example of how we are making history here today at the Center of the Aerospace Testing Universe as our mission has global and lasting impact:

* We celebrated our annual and amazing Winterfest on base with more than 1,300 in attendance.
* We had a C-5 crew in Spain testing new satellite communications technology for our mobility aircraft.
* We had a C-17 crew in Guam preparing for an upcoming Missile Defense Agency testing where we will drop and launch a 70,000 pound missile out of the back of the aircraft to test our nation’s defensive capabilities.
* We flew a KC-46 from Alaska over the North Pole and landed it at Ramstein in the last major operationally-relevant developmental test of America’s new air refueling aircraft.
* We had an F-22 hanging from the ceiling of our anechoic facility on base to begin electromagnetic interference testing of the Raptor’s newest capabilities.
* We flew two F-16s and a KC-135 over the Pacific Ocean to the west of Los Angeles to launch supersonic missiles, verifying the effectiveness of the Australian Navy’s new Aegis cruiser.
* We performed fit checks on America’s next cruise missile, further strengthening our capability to arm the war fighter.
* We completed base-wide accountability for members and families who may have been impacted by the earthquake in Alaska.
* We prepared for cargo and personnel movement for a large scale readiness exercise that began today.
* We hosted the British Secretary of State for Defense (the peer of our Secretary of Defense) for a tour of the base with our British partners.