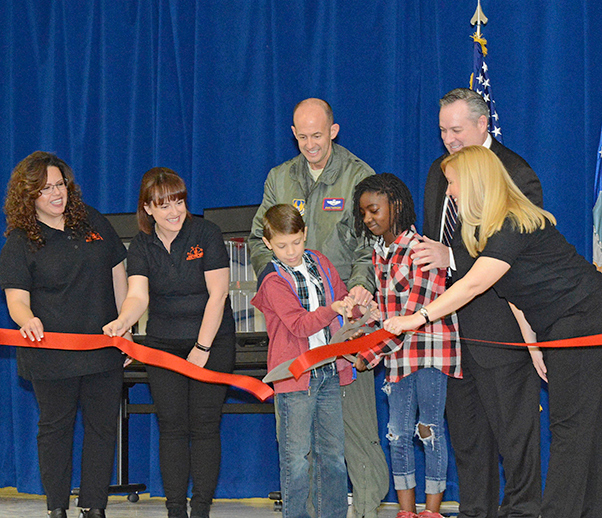 Edwards Air Force Base, Calif., became one of nine active duty bases to officially open a STARBASE program during a ribbon cutting ceremony in its classroom at Branch Elementary, Dec.7, 2018.

STARBASE familiarizes elementary students from all backgrounds to the world of science, technology, engineering and mathematics. The program will serve students from the Kern County School District and partner with the district to support their standards of learning objectives. The students learn about physics, aerodynamics, nanotechnology, robotics, navigation and mapping during their coursework.

The ceremony featured hands-on robotics demonstrations, and a rocket launch, aimed at showing what the students will experience during their week-long classes. 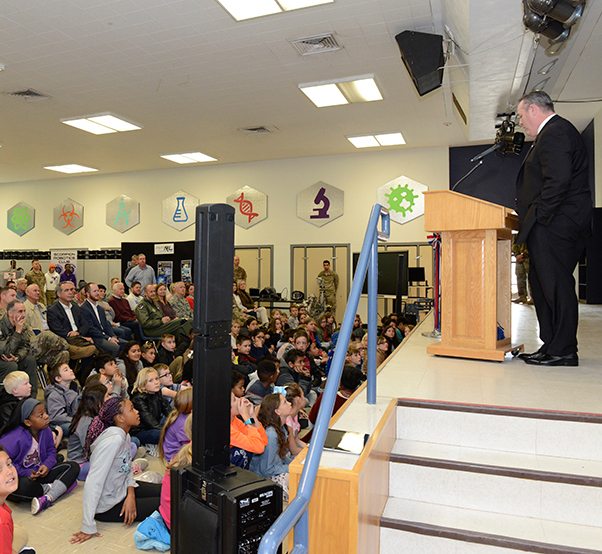 Mike O’Toole of the Department of Defense STARBASE program (right) addresses students and guests at the new STARBASE building at Branch Elementary at Edwards Air Force Base, Calif., Dec. 7, 2018. The base held a grand opening for the educational program aimed at giving students a hands-on learning experience in the science, technology, engineering and mathematics fields.

“You are our future,” said Teichert. “See all of the people in the audience? They are all here for you. You are that important to us that we want to invest all of this in you because you are our future.”

Teichert explained that to continue the important testing and innovation that happens on Edwards Air Force Base, “we have to have sharp young people now who are preparing themselves in science, technology, engineering and mathematics.”

He emphasized the wing’s commitment to making the STARBASE program a vital and productive venue for cultivating the type of “brainpower” needed to keep Edwards Air Force Base the “center of the aerospace testing universe.” 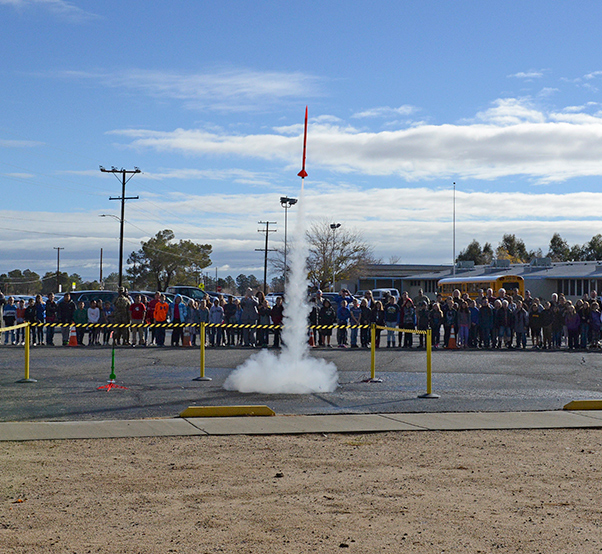 Students and guests at Branch Elementary on Edwards Air Force Base, Calif., watch a rocket take off as part of the grand opening of the base’s new STARBASE school program Dec. 7, 2018. The program is aimed at giving students a hands-on learning experience in the science, technology, engineering and mathematics fields.

He noted that since the program began in 1993, more than one million students have benefited from the DOD, STEM based curriculum.

Immediately following the ribbon cutting, the students and adults went outside to watch what will be a mainstay for the STARBASE curriculum: a rocket launch. The launch was set up by Edwards’ STARBASE instructor Janet Creech, whose professional background is in engineering.

Creech said she is excited to teach physics and chemistry, but given her background in aerospace engineering, she can’t wait to show the students the different kinds of rockets they can build.

“I’m also most excited to show the kids CAD (computer aided design),” said Creech. “It’s something that doesn’t always get used in classrooms and the idea that they will be able to see what engineers use every day is really exciting.”

The new program at Edwards Air Force Base is tentatively scheduled to begin bringing in students starting February 2019. Annually, the new program will engage nearly 1,000 Kern County fifth graders with its STEM based experiential approach curriculum. 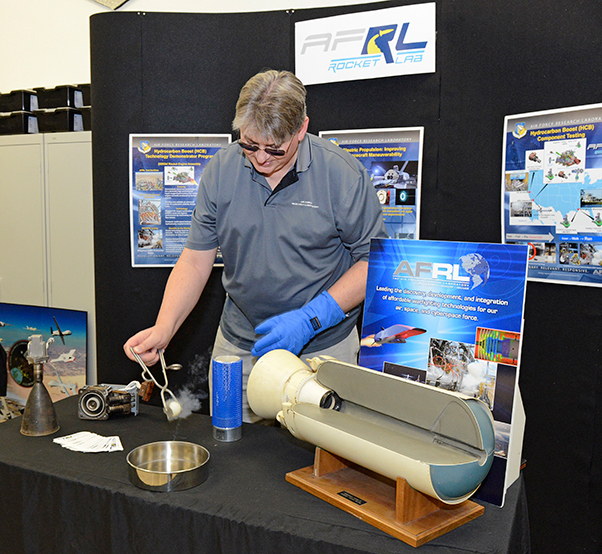