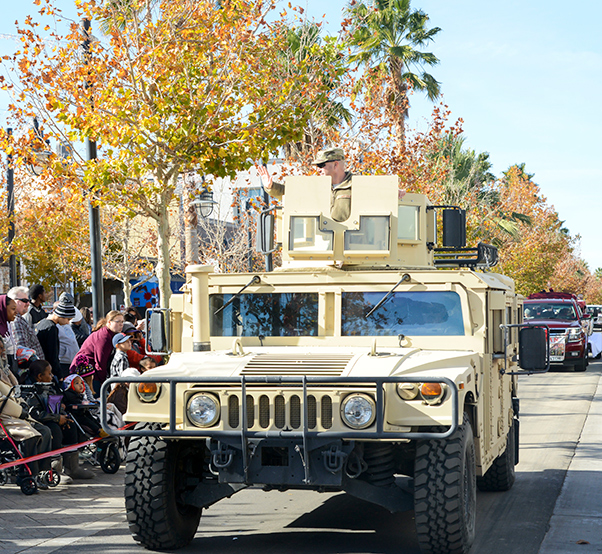 Col. Jeffry Hollman, 412th Mission Support Group commander, waves at parade-goers while on a Humvee during the Sleigh Rides through the City parade in Lancaster, Calif., Dec. 1, 2018. Hollman represented Edwards Air Force Base in the parade through downtown Lancaster as one of more than 100 other entries which included floats, marching bands and classic and modern cars.

Airmen from Edwards Air Force Base, Calif., participated in a pair of holiday parades in the local communities of Lancaster and Rosamond, Calif., Dec. 1.

Col. Jeffry Hollman, the 412th Mission Support Group commander, represented Edwards at the city of Lancaster’s “Sleigh Rides through the City” parade on Saturday morning. The parade route ran through downtown Lancaster and saw more than 100 entrants of floats, modern and classic cars and marching bands. In separate entries, Hollman was joined by the Edwards AFB Junior ROTC and base pageant queens to represent the base.

“It was extremely humbling to represent the Center of the Aerospace Test Universe at the Lancaster Holiday Parade,” Hollman said. “As a senior leader in our Air Force, it’s my honor to participate in community events and ensure the public knows we appreciate their support for our military.”

“Being part of the parade, along with all the other civic organizations, communicated a clear message that Edwards AFB is an important part of the local community,” Hollman added. “The public loves to see its military represented in these events.”

The parade was sponsored by the Lancaster Chamber of Commerce and mayor R. Rex Parris said it has become part of the city’s holiday tradition.

“Christmastime is such a wonderful time of year, with emphasis on the things that are truly important in life; faith, the joy of giving and time with family and friends, all topped with festive trimmings and heart-warming traditions,” Parris said. “The Lancaster Chamber of Commerce Christmas parade is one of our community’s time-honored traditions which brings Christmas cheer to the hearts of young and old.” 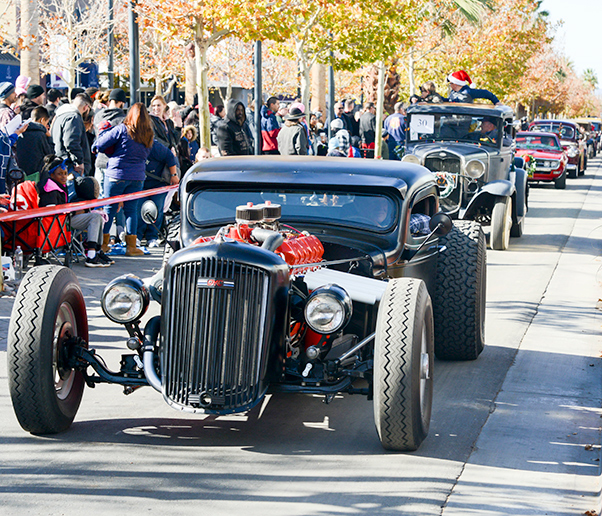 A procession of custom-built hotrods, classic and muscle cars drive down Lancaster Boulevard during the the Sleigh Rides through the City parade in Lancaster, Calif., Dec. 1, 2018.

That evening in Rosamond, three Airmen from Edwards served as judges in the city’s Parade of Lights.

One of the judges, Chief Master Sgt. Daniel Thompson, 412th Mission Support Group superintendent, also said being by the local community was humbling.

“Being able to represent Team Edwards by judging the Rosamond Festival of Lights with two of our sharp enlisted Airmen is definitely humbling; especially in a community that truly appreciates what it means to serve our country,” Thompson said. “We sometimes forget how we as military members are viewed by our local partners. It’s at these times when we step out of our normal routine and surround ourselves with them that a personal appreciation for one another is revealed. The Rosamond citizens are rightfully proud of their families and businesses, and being able to share that with them in the spirit of the holidays was heartwarming.”

“I was in junior ROTC myself and seeing them with lights on their uniform was awesome,” Smith said. “They really lit up.”

Smith said that he volunteered to be a judge and even though it was cold and windy, it was an “amazing” experience to see so many people at the parade and on floats. Thompson also added that he was impressed at the turnout and the floats. 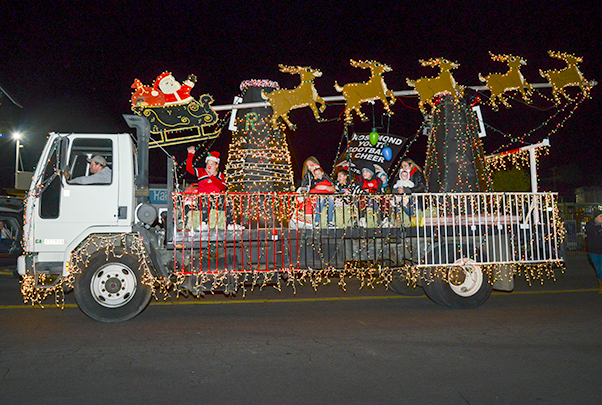 An entry in to the Parade of Lights is adorned with Christmas decorations and lights in Rosamond, Calif., Dec. 1, 2018.

“The most memorable part of the night had to be the way spectators and participants had such a great time despite the cold and wind,” Thompson said. “These parades are important to the families who attend, and perhaps more so to those who take the time to construct such extravagant floats and light arrangements. The weather didn’t seem to hamper anyone’s excitement or spirits and that was most impressive.”

“We have had some amazing entries, all it takes if a few lights to be in the parade,” said Terry Landsiedel, president of Rosamond Old Town Merchants. “One year Santa Claus came riding on a tractor. We had a float that was making snow, a Christmas tree topped by a queen as an angel and actual snow falling to end the night. Even when it’s cold, people still come out to be a part of this event.” 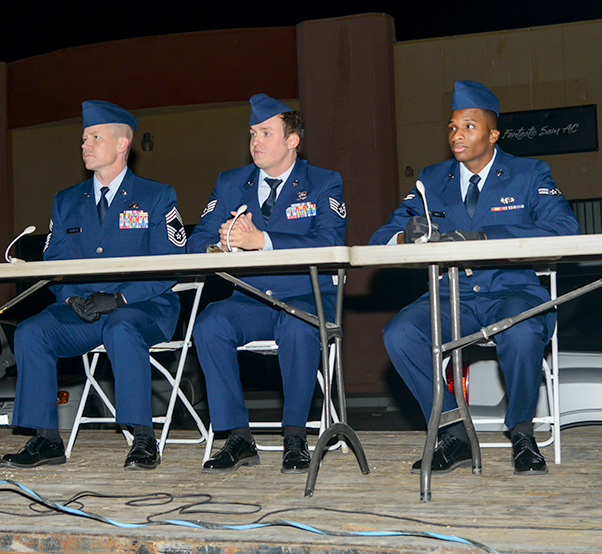