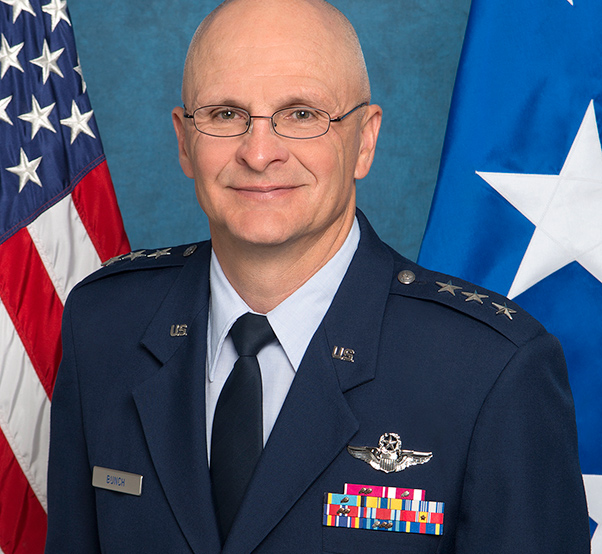 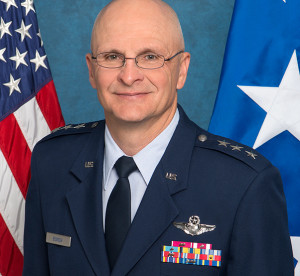 Lt. Gen. Arnold W. Bunch, Jr. has been nominated by President Trump for a fourth star to become the next commander of Air Force Materiel Command at Wright-Patterson Air Force Base, Ohio.

He currently serves as Military Deputy, Office of the Assistant Secretary of the Air Force for Acquisition at the Pentagon, Washington, D.C. The nomination requires confirmation by the U.S. Senate.

Bunch would take the banner of AFMC as the new National Defense Strategy focuses each of the services on innovation, cost-effective modernization and enhancing lethality to address the challenge of great power competition.

He is a graduate of the U.S. Air Force Academy and the U.S. Air Force Test Pilot School. No stranger to AFMC or to Wright-Patterson, Bunch has served in a number of leadership roles in the weapons development, acquisition, and test communities, including Program Executive Officer for Fighters and Bombers, commander of the Air Force Security Assistance Center, and commander of the Air Force Test Center. The B-52 and B-2 bombers are among the many aircraft he has flown.

Pending confirmation, Bunch would succeed Gen. Ellen Pawlikowski, who retired in September after more than 40 years of commissioned service. When Pawlikowski assumed command on June 8, 2015, she became AFMC’s second female leader and only the third female four-star general officer in Air Force history.

Date for an assumption of command ceremony has not yet been set.