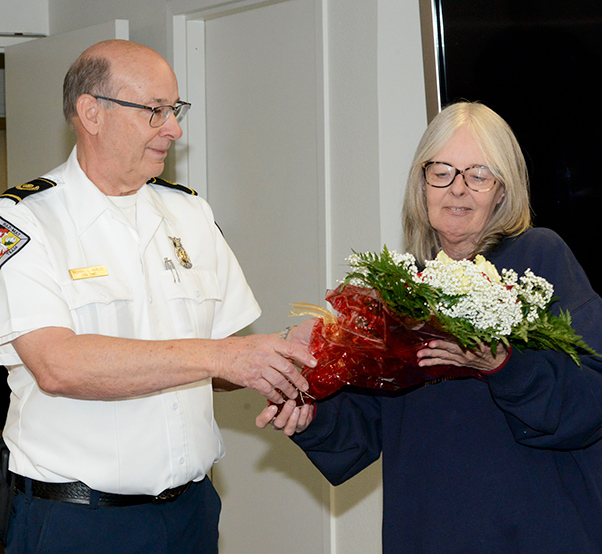 Retiring Fire Chief, Michael Hurles, presents flowers to his wife, Tammy, thanking her for her support during his retirement ceremony at Edwards Air Force Base, Calif., Dec. 14, 2018. Hurles retired after 42 years of service.

Installation Fire Chief Michael Hurles retired after 42 years of service during a ceremony at Edwards Air Force Base, Calif., Dec. 14, 2018.

As Installation Fire Chief, Hurles led a workforce of 113 civilian and military fire fighters operating out of five fire stations.

He accepted the responsibility of providing fire protection for 14 air platforms, 773 facilities that cover more than 308,000 acres of base property, and 12,000 personnel within the community without any negative impacts or delays to the Air Force Flight Test Center mission and projects. 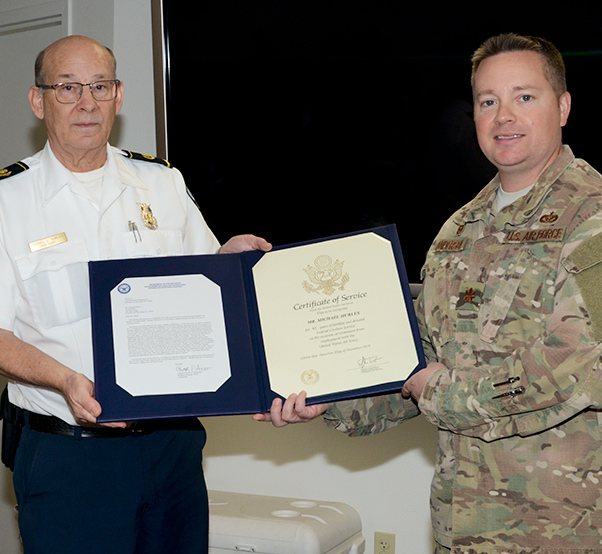 Under his purview, members of the department received the “Chief Fire Officer of the Year” award in 2015 and 2016; and the “Fire Instructor of the Year in Air Force Materiel Command” for 2017. 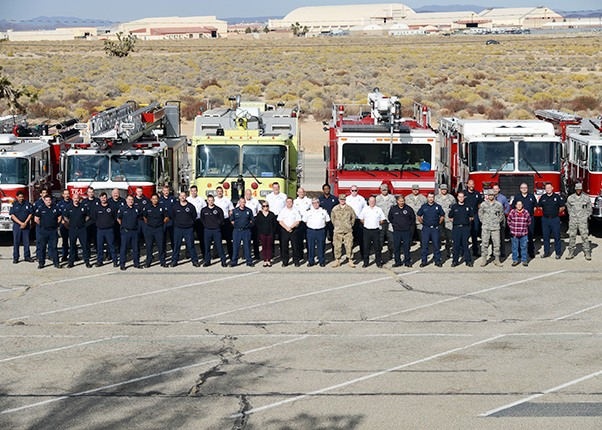