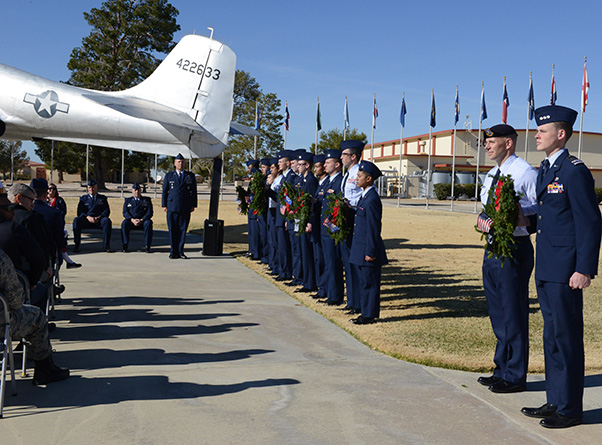 Stories of heroism were read at the local ceremony held across the street from Air Force Test Center Headquarters. Young members of Edwards CAP Squadron 84 presented wreaths to honor each military service including the U.S. Coast Guard and U.S. Merchant Marines.

“Today, thousands of Civil Air Patrol members across the United States are conducting ceremonies like this one and laying wreaths at veterans’ graves all across our land,” said CAP Maj. Gailmary Harper, Edwards CAP Squadron 84 public affairs officer. “Each wreath is a symbol of the special qualities our veterans embody, for each wreath is made up of 10 individual balsam bouquets, representing 10 special qualities: faith, love, strength, honesty, humility, ambition, optimism, concern, pride, and finally, hope.” 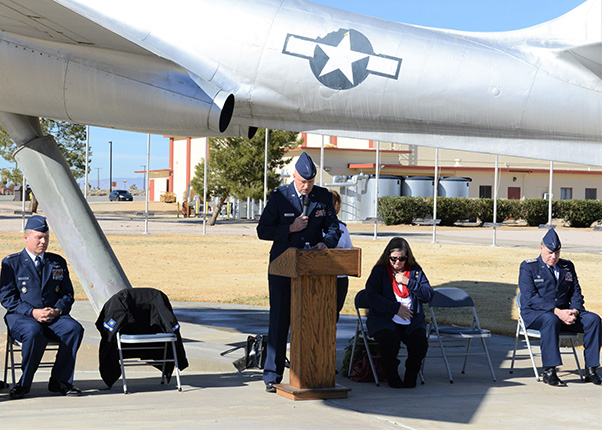 To learn more about Edwards AFB’s Civil Air Patrol Squadron 84 and its activities, visit their website at http://sq84.cawgcap.org/.