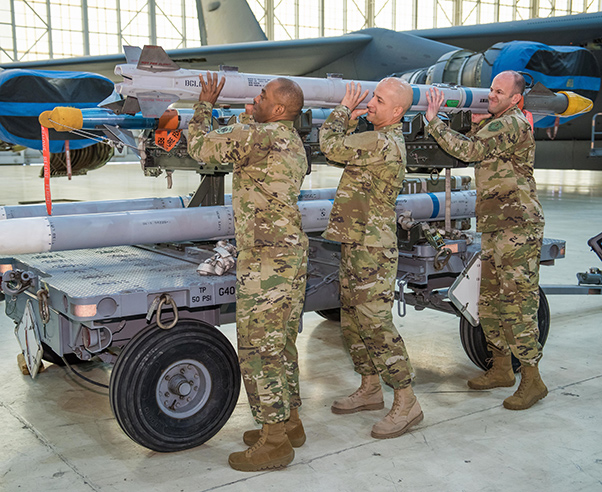 This is a 188-pound missile that is normally loaded by hand with only good old fashioned weapons load crew strength.

Although the chief and the general gave it their best, they didn’t quite meet all requirements for certification this time.  For now, actual Air Force Aircraft Armament Systems specialists will continue to load aircraft here at the Center of the Aerospace Testing Universe.