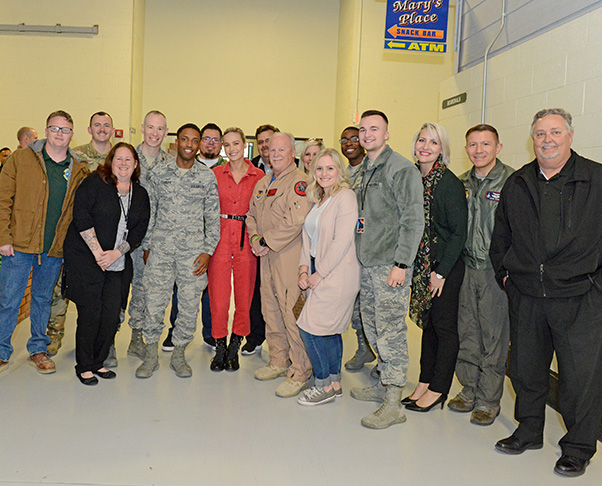 The 2018 412th Test Wing Annual Award winners pose for a photo with Brie Larson in Bldg. 1600 Feb. 20. Larson plays the title character in the upcoming “Captain Marvel” film set to be released in theaters March 8.

Larson plays Carol Danvers, an Air Force test pilot who becomes one of the most powerful heroes in the universe when Earth gets caught up in the middle of a galactic war, according to online descriptions.

Edwards Air Force Base is a natural setting for scenes in the film as the base is home to the U.S. Air Force Test Pilot School and the mission of the 412th Test Wing is to test and evaluate new aircraft and systems for current and future warfighting weapons.