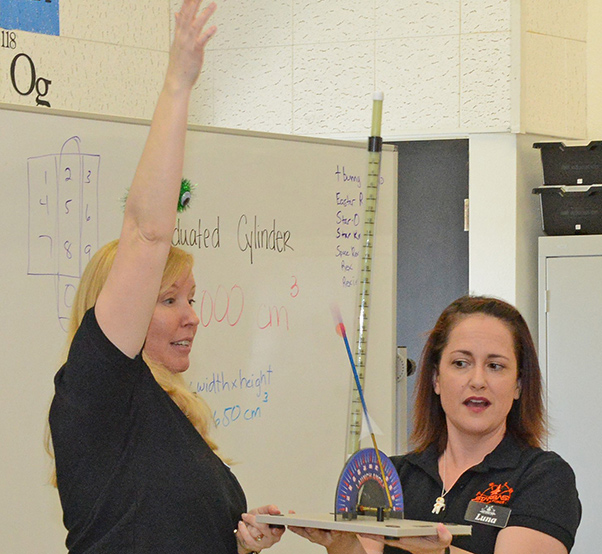 Edwards is one of nine active duty bases with an official STARBASE program. The STEM-based program familiarizes elementary students, primary fifth and sixth graders, from all backgrounds to the world of science, technology, engineering and mathematics. The program serves students from the Kern County School District and partners with the district to support their standards of learning objectives. Students learn about physics, aerodynamics, nanotechnology, robotics, navigation and mapping during their coursework.

The first STARBASE class at Edwards welcomed fifth graders from Branch Elementary for a where they will attend one class a week for a month. On the first day the students learned about the metric system and Newton’s Laws among other subjects.

“Our first day of class was great,” said Janet Creech, STARBASE Instructional Systems specialist. “The students were as excited to learn as we were to teach them. We had a blast launching small straw rockets and introducing the class to computer-aided design.” 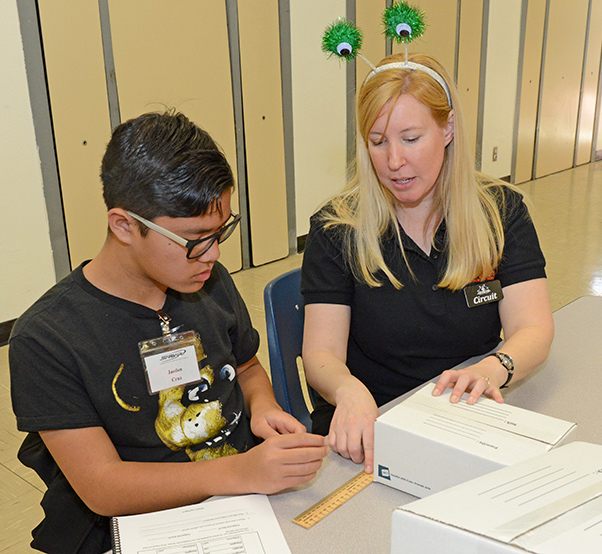 Janet Creech, STARBASE Instructional Systems specialist, shows a student how to calculate the volume of different boxes during the first day of STARBASE classes March 5, 2019.

“STARBASE Edwards is unique because we give students the opportunity to try something new without fear of failure,” Creech said. “We teach them is it okay if everything doesn’t go according to plan. The most important lesson they can take away is to learn from mistakes and try something new next time.”

Creech added Edwards STARBASE is always looking for volunteers and no teaching experience is required. Interested volunteers need to complete a survey, or contact the team at starbase.edwards@gmail.com.

Schools interested in signing up their class for a field trip to STARBASE Edwards should email starbase.edwards@gmail.com or call 661-275-1501. 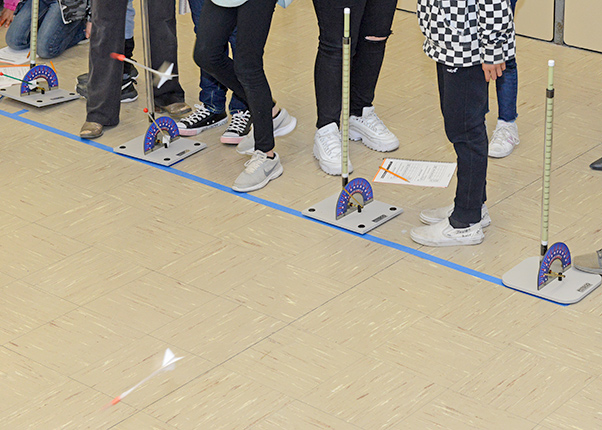 The Department of Defense’s STARBASE is a premier educational program sponsored by the Office of the Assistant Secretary of Defense for Reserve Affairs. At DOD STARBASE, students participate in challenging “hands-on, mind-on” activities in Science, Technology, Engineering, and Math, or STEM, according to the DOD. They interact with military personnel to explore careers and observe STEM applications in the “real world.” The program provides students with 25 hours of stimulating experiences at National Guard, Navy, Marine, Air Force Reserve, Army and Air Force bases across the nation.

STARBASE focuses on elementary students, primarily fifth graders. The goal is to motivate them to explore STEM as they continue their education. The academies serve students that are historically under-represented in STEM.  Students who live in inner cities or rural locations, those who are socio-economically disadvantaged, low in academic performance or have a disability are in the target group. The program encourages students to set goals and achieve them. 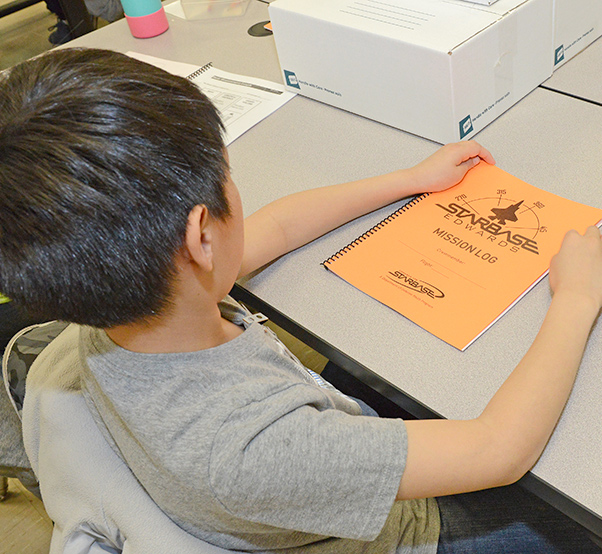 A fifth grade student sits with his STARBASE mission log on the first day of STARBASE class March 5, 2019. The mission log has learning activities for the students.