The team collected data on the Testing of Autonomy in Complex Environments system, or TACE.

The TACE system is test middleware developed by Johns Hopkins University that sits between an autonomy/artificial intelligence computer and an aircraft’s autopilot, according to Capt. Riley Livermore, 412th Test Wing ET CTF Autonomy lead. It monitors the commands being sent from the autonomy to the autopilot and then sends back the aircraft state information such as position, speed and orientation to the autonomy.

“Today we had an autonomous algorithm commanding the aircraft without any direct human involvement; we call it human ON the loop as opposed to most remotely piloted aircraft that are human IN the loop,” Riley said.

The flight test involved hand launching a Lynx small unmanned aircraft system made by Swift Radio Planes. The TACE payload itself is not designed for a specific aircraft, but can be used on different aircraft sizes for test, said Riley.

There are two primary functions for TACE. One is called “autonomy watchdog.”

“If a safety-of-flight parameter is violated during an autonomously commanded maneuver — aka proximity to other test aircraft, flying out of an airspace boundary, or losing communications with the ground unit — then TACE will stop the commands from the autonomy and force it to remediate and loiter at a pre-determined safety location,” said Riley. 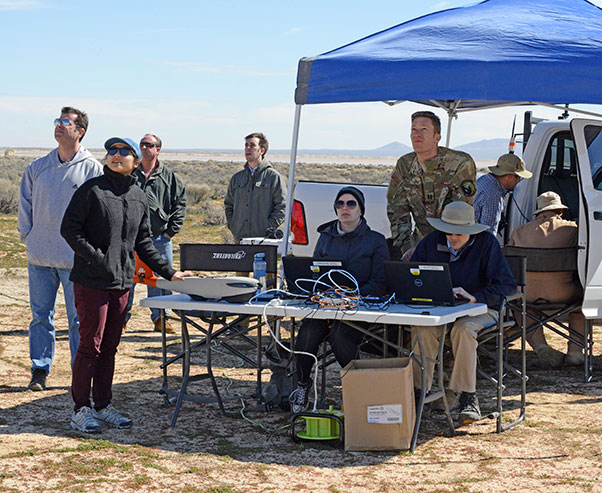 The second function is called Live-Virtual-Constructive, which is the ability for TACE to allow simulated entities to interact with live aircraft.

“TACE controls what the autonomy computer sees and therefore can manipulate that information to allow for simulated entities to influence its decision making,” Riley said. “For example, using TACE, a single live aircraft can fly in formation with a virtual wingman, with simulated sensors, flying in a simulated GPS-denied environment. The beautiful thing about TACE and LVC is that it can stress the autonomous algorithms without jeopardizing the safety of flight.”

The three-day flight test demonstrated how the TACE system aboard the Lynx sUAS would turn the aircraft around to its safety area when approaching a virtual border and its ability to track a simulated vehicle on the ground without human commands.

According to Riley, mastery of an autonomous flying system could be an asset for the warfighter.

“Both the 2018 National Defense Strategy and the 2019 National Defense Appropriations Act mandate that the services develop, test, and implement autonomous and AI systems,” Riley said. “TACE is a crucial first step in providing a safe, rapid and effective tool for evaluating these systems. The current use case for autonomous systems in the Air Force is as a loyal wingman. The concept being an autonomous wingman who can cooperatively work with and help a manned aircraft through a variety of scenarios.”

The ET CTF will conduct another autonomous flight test in a couple weeks. Upon successful completion of TACE flight testing, the unit will be able to declare autonomy test Initial Operation Capability, according to Riley. He added the ET CTF plans this summer on flying autonomy on much larger unmanned systems that can fly up to 250 mph.

“The main features will be our flight tested TACE system that is compatible with an open systems architecture. This will allow us to rapidly and safely test unknown autonomy and AI algorithms developed by third-party vendors.” 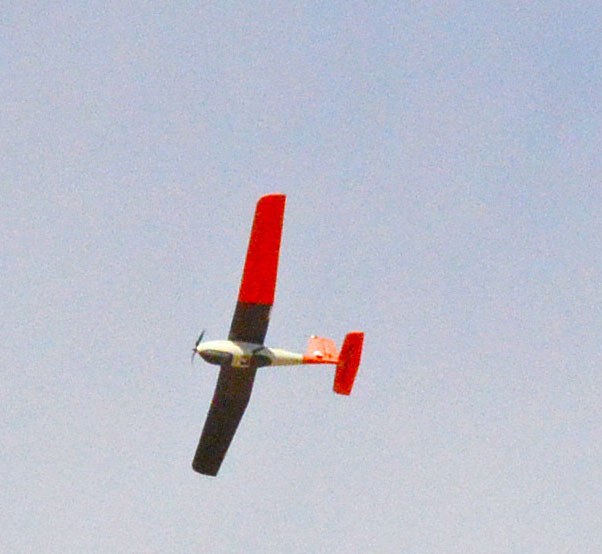