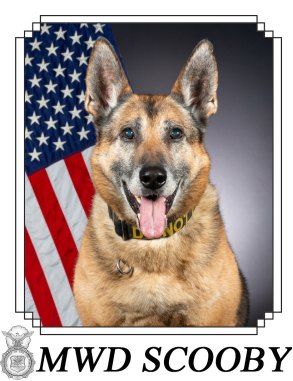 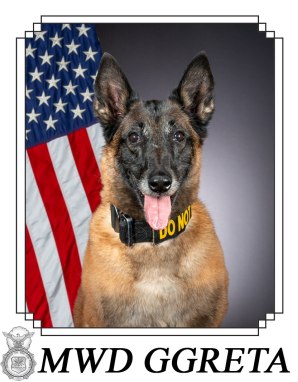 As part of the 412th Security Forces Squadron Police Week Closing Ceremony at Edwards Air Force Base, Calif., included the retirement of two of our Team Edwards Military Working Dogs — Scooby and Ggreta.

MWD Ggreta was selected for three U.S. Secret Service missions in direct support of the President of the United States during her tenure. She also ensured impermeable security for more than 7,500 United States and Coalition Forces.

MWD Scooby dedicated 3,615 hours of explosive detection by searching 5,700 items, 325 vehicles, and 20 aircraft with an outstanding accuracy rate of 98.5 percent with his handlers. His work ethic assisted in defending the Air Force’s second largest installation, six billion dollars in strategic test assets, and the security of 11,259 base personnel.
Thank you for your service. Now go em”BARK” on a new adventure with your new adopting families.