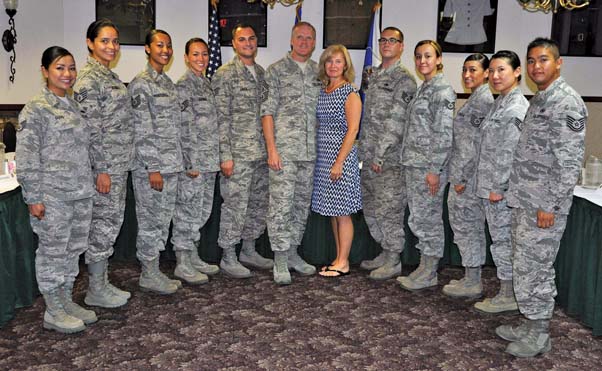 Chief Master Sgt. of the Air Force James A. Cody, and his wife, Athena, pose for a photo following breakfast with selected, outstanding Airmen who represented a cross-selection of the March Total Force. CMSAF Cody and Athena visited March Air Reserve Base in Southern California July 11-14, 2014, where they met with Airmen and observed the success of Total Force Integration there. 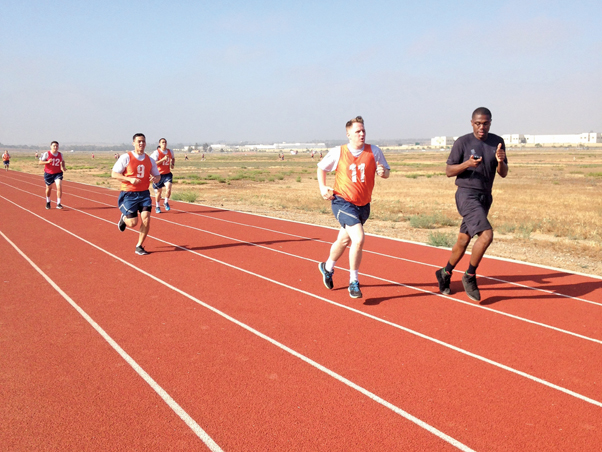 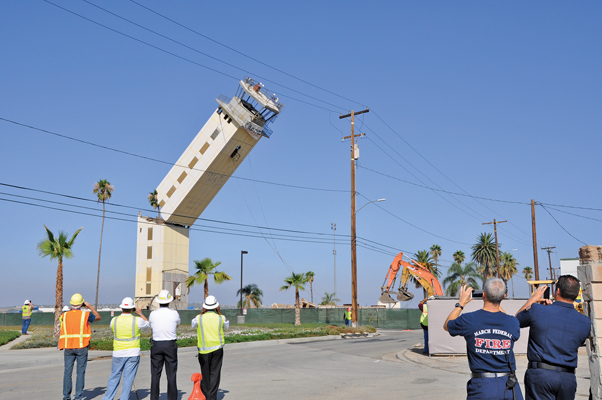 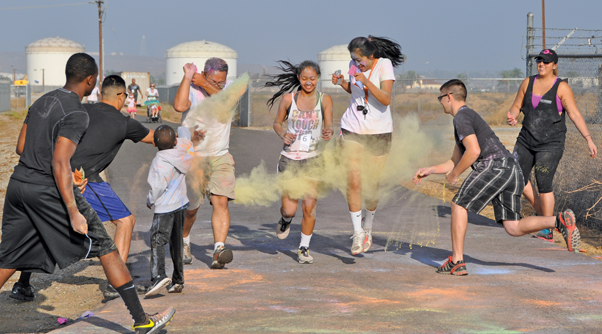 Runners are dowsed with color by volunteers as they round the last station before crossing the finish line during the 5K Fun Color Run Aug. 9, hosted by the 452nd Air Mobility Wing Rising Six. More than 100 Team March members participated in two color runs, held at the former base track, one during each August Unit Training Assembly.

September 2014: The year in review 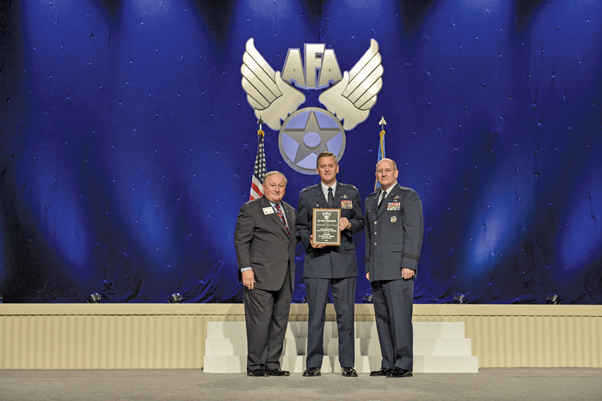 Col. Russell Muncy, commander, 452nd Air Mobility Wing, is awarded the 2013 AFRC Outstanding Reserve Flying Wing Unit Award by Air Force Association Chairman of the Board, George Muellner and Chief of the Air Force Reserve, Lt. Gen. James F. Jackson, Sept. 15, 2014 at the Gaylord Convention Center in National Harbor, Md. The award is given annually to the unit that has set itself above the competition during the year. 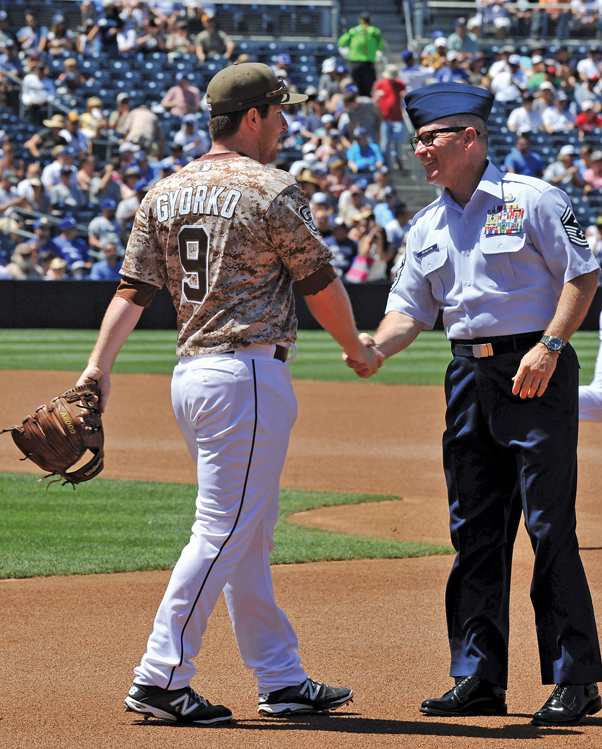 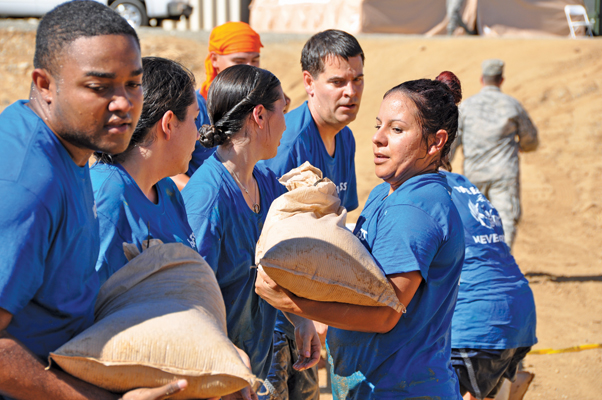 Members of the 163rd ANG pass sandbags to one another during the annual Civil Engineer (CE) Games held at the March ARB Regional Training Site, Oct.4. The CE games are an annual team building exercise comprised of a mud run, obstacle course and numerous other activities aimed at building team cohesion and moral. 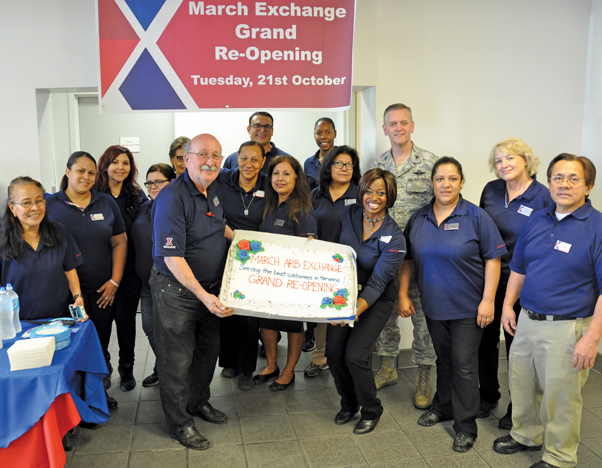 Col. Russell A. Muncy, commander, 452nd Air Mobility Wing, joins employees of the March ARB Exchange for the Grand Re-opening of the store, Oct. 21. The recently received $867,000 in updates, including upgraded restrooms in the mall, new carpet, a fresh coat of paint and improvements to Outdoor Living and celebrated its fresh look with a ribbon-cutting and cake. 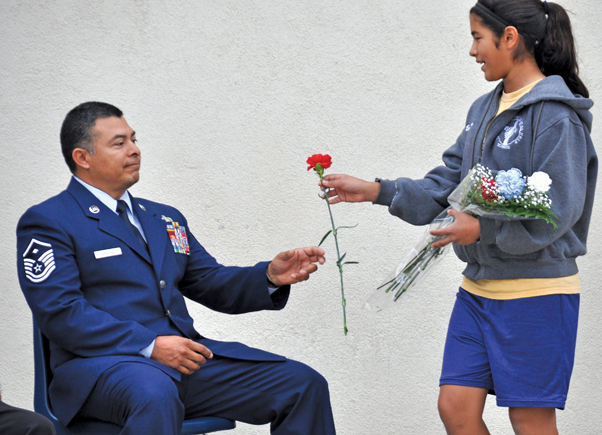 A student from the Lady of Perpetual Help Catholic School presents Master Sgt. Julio Sandoval with a flower Nov. 11, 2014, in Riverside, Calif. Veterans, to include members of the 452nd Air Mobility Wing based at nearby March Air Reserve Base, attended the event where they were recognized for their military service. After addressing the students on what it means to be a veteran, each were presented with flowers and public recognition from the students and faculty. Sandoval is a first sergeant assigned to the 452nd Communications Squadron. 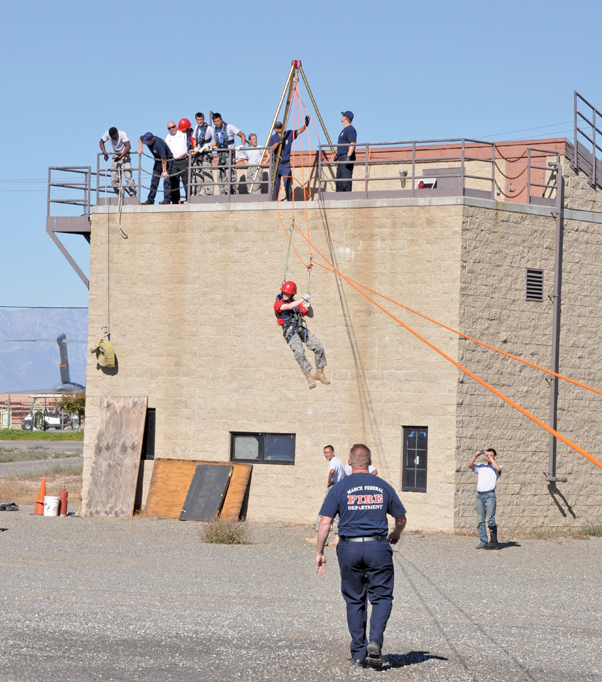 Bruce Paulson, a member of Great Oak High School JROTC program, zip lines down from the top of a training facility at the March ARB fire department, Nov. 7. The JORTC members were on hand to learn firefighting activities such as hose drills, ladder evolutions and search and rescue techniques. 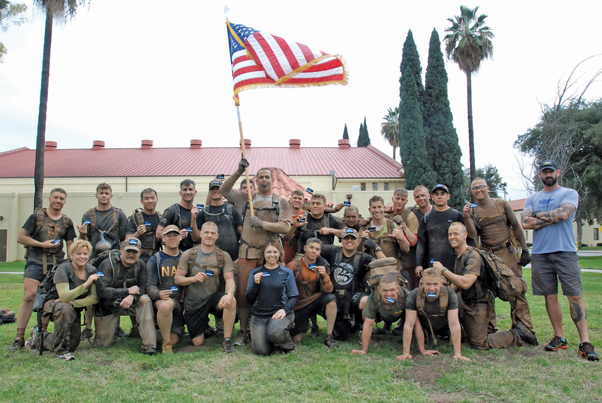 Participants of the very first March Air Reserve Base GoRuck Challenge gather for a photo following the event, Dec. 3, 2014. The GoRuck Challenge is a team event, inspired by the most elite training offered to Special Forces personnel, which takes participants through collective conditions of mental and physical exhaustion.