HENDERSON, Nev.— The Rotary Club of Green Valley in conjunction with the City of Henderson celebrated the second annual Field of Honor over the Memorial Day weekend at the Cornerstone Park in Henderson, Nev.

One thousand American flags were on display at the lakeside park as visitors paid respect to fallen servicemembers, first responders and to those who tragically lost their lives during the Oct. 1, Las Vegas shooting.

“I came out to recognize all the men and women who gone before me,” said Marine Corps retired Lt. Col. Jerry Gardberg, member of the Rotary Club of Green Valley. “Hopefully, a project like this will get people to realize that Memorial Day is more than a day off.”

Members of the Rotary Club of Green Valley decided to honor heroes in their lives, in addition to those who protect and serve in the U.S. military and first responders. 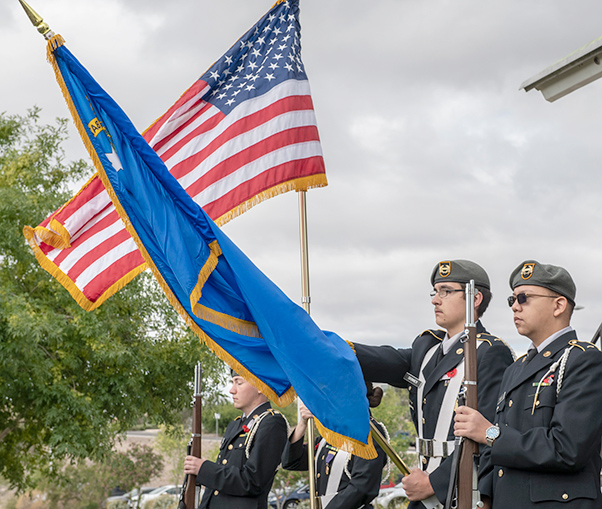 “Today is a wonderful time to remember the sacrifices that so many have made and to remember the examples they have left behind,” said keynote speaker, Clark County Commissioner James Gibson. “My hope is as we go through this day, we’ll focus on the sacrifice and example and then to take it one step further so it will mean something and inculcate in our lives and minds the duty to do likewise.”

The playing of taps closed out the ceremony.

The flags were removed at the end of the day and given to community members who honored their heroes. 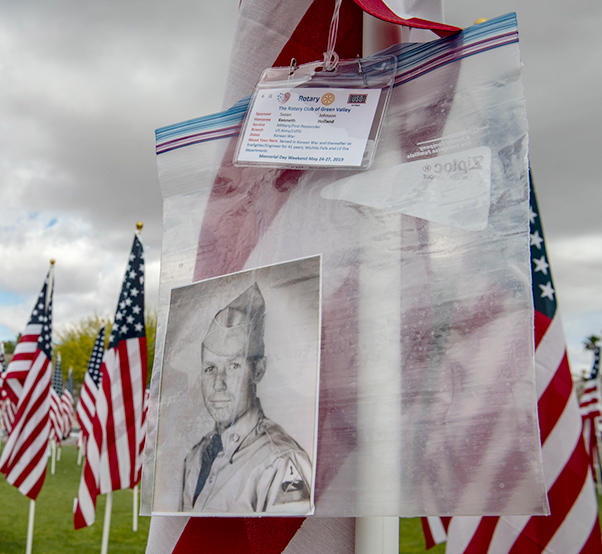