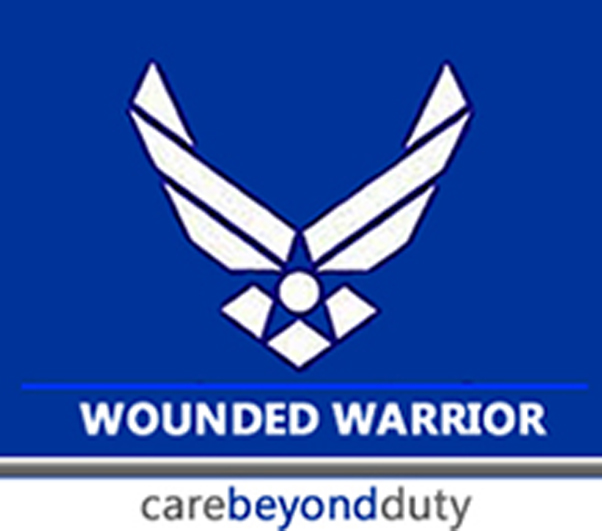 WASHINGTON (AFNS) — Two wounded warriors and their caregivers talked about how they’ve benefited from the Air Force Wounded Warrior Program and some areas of improvement during the Air and Space Conference and Technology Exposition Sept. 16.

Tech Sgt. Alex Eudy and his wife, Alyson, along with Senior Airman Justin Deskin and his mother, Heather, shared their stories and described how the program has helped them along the way.

Eudy, a special operations weather team craftsman, was injured by an improvised explosive device in 2009 during a deployment to Afghanistan . When the IED detonated, it shattered both of Eudy’s ankles and feet. After suffering with a reduced ankle function and a lower leg amputation as a possibility, Eudy was recently able to avoid amputation with a bilateral ankle fusion procedure.

Since 2009, Eudy said he has reached out to a number of wounded warriors, seeking advice and support.

“(I’ve) definitely (been) able to lean on those people,” Eudy said. “Those are the people who have been through it, years ahead of us. That’s a great support system for us.”

Eudy has also served on the Department of Defense Recovering Warrior Task Force from 2012-2014, representing the Air Force and U.S. Special Operations Command. His role was to advise the Senate Armed Service Committees, the House of Representatives and Veterans Affairs in ways processes could be improved to provide better care for the wounded, ill and injured.

Deskin was also on stage to share his story about how the AWWP has helped him. Deskin, an aircraft armament journeyman, was participating in Operation Atlantic Resolve in Bulgaria, when he was exposed to a chemical that caused chemical nerve damage, a neurological disorder of an unknown origin.

Deskin was brought back to the U.S. for treatment at Walter Reed National Military Medical Center in Bethesda, Maryland.

“The Air Force recovery coordinators are amazing,” Deskin said. “They’ve been there every step of the way. They’ve helped my parents come see me (and) my family members to give me all the assistance I need. It’s been great.”

Some of the best help he’s gotten with coping, though, has been from other wounded warriors.

“We help each other out, psychological or physical, we’re always there for one another, and honestly that’s probably been some of the best counseling,” Deskin said.

One area that the wounded warriors and their caregivers all agreed needed improvement dealt with having better and reliable information. At points each had received outdated or conflicting information, which was especially frustrating when dealing with processes like a Medical Evaluation Board.

Eudy also said it would be beneficial for leadership within units to be familiar with the MEB process, allowing them to be able to assist if and when needed.

According to Tim Townes, the Warrior and Survivor Care Program manager, the goal is to continue to improve AFWWP because “we still have a lot of wounded ill and injured throughout the Air Force.

“Our role, from the recovery care coordinator perspective, is to go in with the family and the Airman, find out what they need and find those resources to help them and try to take that burden off their shoulders,” Townes continued.

Townes said each Airman in their care has a plan designed uniquely for them, with the Airman’s goals in mind. Goals often time include employment, transition, education or coping through their adaptive sports program.