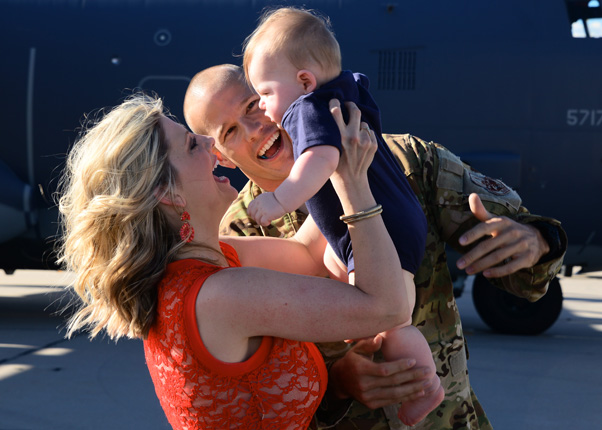 Airmen were greeted by family, friends and base leadership.  Photos are attached and a video link is included below.

A total of 1,200 Airmen from across D-M have been deployed around the world including the 79th Rescue Squadron, which deployed in support of Operation Inherent Resolve. This is the largest deployment at D-M since WWII. Normally, the base has approximately 500 Airmen deployed at any time throughout the year; since early this year D-M has had more than double that amount deployed at one time.

These deployments highlight the importance of Davis-Monthan and its units to America’s national security.

Airmen: Are you taking care of them?