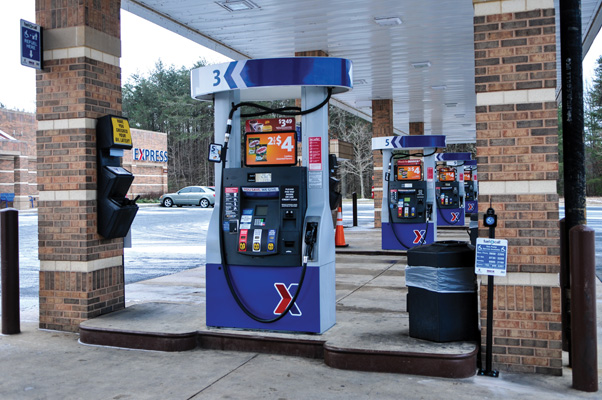 DALLAS – The Army & Air Force Exchange Service, with the support of U.S. Rep. Tammy Duckworth of Illinois, is adding a new system to gas stations on military installations worldwide to make it easier for drivers with disabilities to receive full-service fueling with the push of a button.

In 2014, after a request from the Army & Air Force Exchange Service and Duckworth, the Department of Defense authorized $1.12 million for installing FuelCall assistance systems at military service stations. All told, 370 facilities on Army, Air Force, Navy and Marine Corps installations worldwide will receive FuelCall, which allows drivers with disabilities to contact associates inside the store for assistance at the pump through an oversized call button instead of honking their horn or flashing their headlights to get an attendant’s attention. The call button can be reached through the driver’s side window, so the driver can press it without exiting the vehicle, which can be difficult and dangerous.

“All persons with disabilities, including thousands of returning veterans, active service members, as well as military families with physical disabilities, understand the difficulty of filling up their tanks at gas stations that are supposedly accessible,” said Duckworth, an Iraq War veteran who lost the use of her legs and partial use of her right arm after her helicopter was hit by an RPG in 2004.

“We must do better. The ability to drive independently is key to the American lifestyle,” Duckworth said. “Ensuring that disabled Americans can consistently and safely refuel their vehicles is critical to their ability to live independent and fulfilling lives. I applaud AAFES and the Department of Defense for their leadership on this issue, and I hope it serves as an example for gas station owners throughout our country.”

So far, 16 Army & Air Force Express stations, including locations at Scott Air Force Base, Fort Belvoir and Fort Meade, have installed FuelCall. Thirty-eight additional locations are scheduled to begin offering the service in January. Plans call for the system to be added to 215 Express locations in the U.S. and overseas by May.

When an Express location equipped with the system has more than one associate on duty, motorists with a disability license plate or placard may have their gas pumped for them. Signs clearly identify what pump islands have the system and list the hours the service is available.