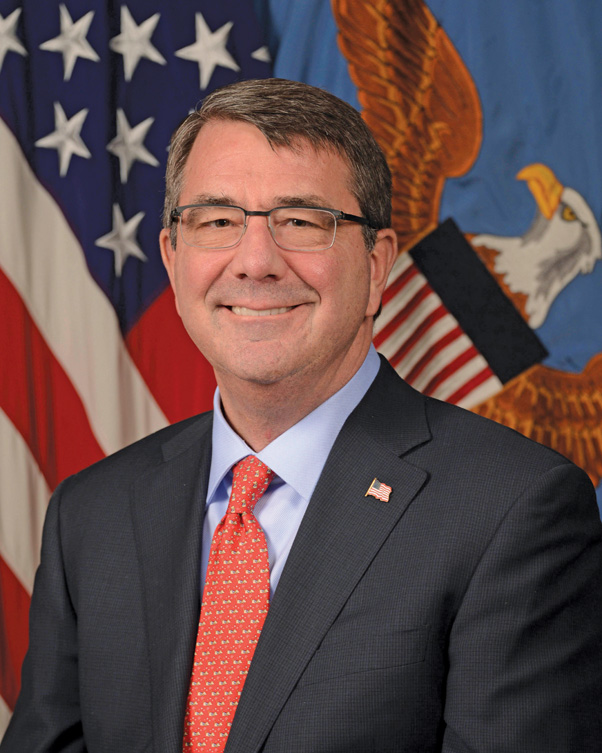 President Barack Obama nominated Carter for the position — calling Carter an innovator and a reformer who knows the Defense Department inside and out –- the president said, “On day one, he’s going to hit the ground running.”

At his Feb. 4 Senate Armed Services Committee confirmation hearing, Carter described the work that lies ahead for him and the department.

“I think we are in a time,” he told the Senate panel, “where the number and severity of risks is something I’ve not seen before in my life.”

For Carter, the job will include dealing with coalition responsibilities in Afghanistan and Iraq, and what he described as “the malignant and savage terrorism” emanating from turmoil in the Middle East and North Africa.

He’ll also take on what has become a reversion to what he’s called old-style security thinking in parts of Europe, long-standing tensions and rapid changes in Asia, a continuing imperative to counter the spread of weapons of mass destruction, and dangers in new domains such as cyber.

Carter’s own expertise, experience, travels and interests in defense and national security have prepared him precisely to deal with these challenges and more.

As former Sen. Joe Lieberman said in introductory remarks during Carter’s hearing, “It would really be hard to find someone to serve as secretary of Defense who combines as much practical Pentagon experience with so deep a background in national security policy as Ash Carter.”