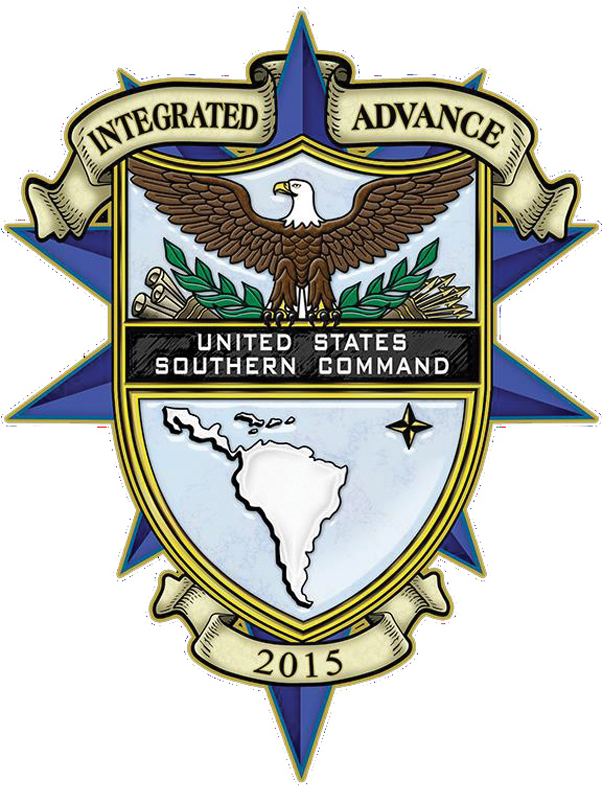 Air Forces Southern joined forces with the Department of Homeland Security, U.S. Southern Command and multiple other federal agencies to improve their ability to operate as a team in the event of a mass migration, Feb. 20-27, in Exercise Integrated Advance 2015.

Integrated Advance (IA) is a biennial U.S. Southern Command (SOUTHCOM)-sponsored interagency exercise that focuses on supporting the Department of Homeland Security (DHS) and Department of State (DOS) in the event of a humanitarian crisis in the Caribbean.

“IA provides a great platform to train command and control efforts not only across the DOD but across the full spectrum of U.S. government response to crises,” said Lt. Gen. Chris Nowland, 12th Air Force (Air Forces Southern) commander.

The exercise anticipated the mass migration of people from multiple Caribbean islands after a series of hurricanes devastate the area. The goal of the exercise scenario was to effectively interdict and repatriate the migrants at sea who were attempting to enter the United States.

The majority of the exercise is simulated and designed to improve command and control among governmental agencies focusing on interoperability with DHS and SOUTHCOM.

During the scenario-driven exercise, Joint Task Force – Migrant Operations (JTF-MIGOPS) operated out of Fort Sam Houston, San Antonio, Texas and practiced the ability to temporarily house migrants in a safe and humane manner until they could be repatriated to their country of origin.

The Air Force’s role focused on providing airlift, medical care and surveillance capabilities to other agencies during the simulated operation.

“Our goal was to move people, equipment and supplies as quickly as possible to the affected areas, as well as provide the Navy and Coast Guard with additional surveillance assets to locate migrants at sea,” the general said.

“The Air Force brings some unique capabilities to this sort of operation,” he said, adding, “Not only technologically through the use of air, space and cyber assets, but especially through our expeditionary medical squadrons and engineers who supported JTF-MIGOPS.”

By training with interagency partners on complex scenarios involving interdicting migrants at sea – most of whom are in unseaworthy and overloaded craft – U.S. Southern Command and its components are better prepared to respond should such humanitarian assistance be required.

Blood donor month: Be a silent hero with gift of life