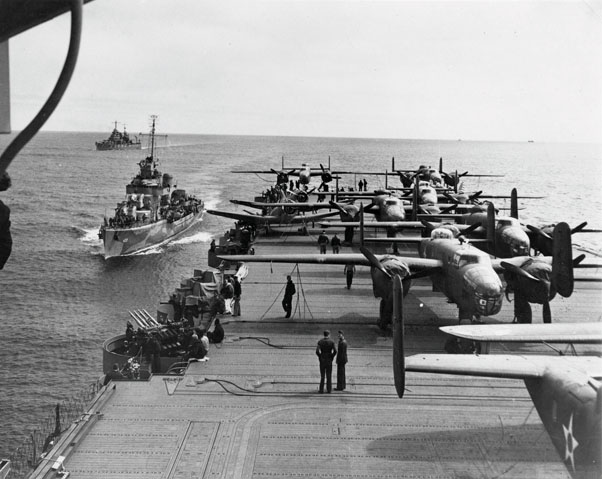 On April 18, 1942, Airmen of the U.S. Army Air Forces, led by Lt. Col. James H. “Jimmy” Doolittle, carried the Battle of the Pacific to the heart of the Japanese empire with a surprising and daring raid on military targets at Tokyo, Yokohama, Yokosuka, Nagoya, and Kobe. This heroic attack against these major cities was the result of coordination between the Army Air Forces and the U.S. Navy, which carried the 16 North American B-25 Metchells aboard the USS Hornet to within takeoff distance of the Japanese Islands.