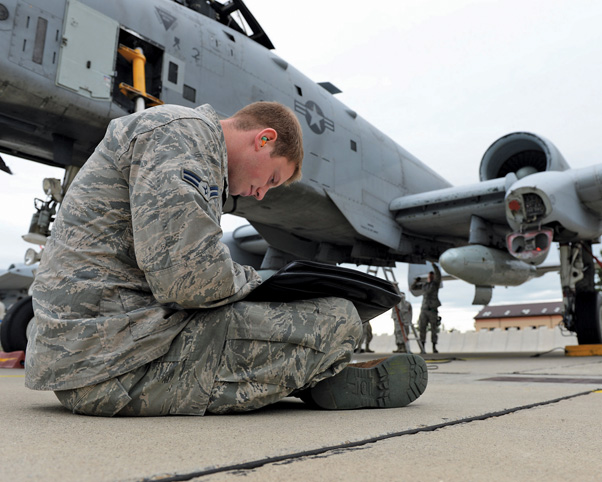 SLIAC AIR BASE, Slovakia — Approximately 40 Airmen and four A-10 Thunderbolt IIs from the 354th Expeditionary Fighter Squadron, deployed from Davis-Monthan AFB, completed a micro deployment to Sliac Air Base, Slovakia, May 25, in support of Operation Atlantic Resolve.

The small contingent trained to improve interoperability in allied air operations and multinational close-air-support operations with the Slovakia air force during the week-long deployment.

“This has enhanced our ability to work with another NATO country and their joint terminal attack controllers and see how our interoperability will go with their JTACs and our pilots performing CAS,” said U.S. Air Force Maj. Ben Rudolphi, 354th EFS director of operations.  “Their military controllers both in the air and on the ground have been a huge help to us with our training. They have been open, made us feel at home here and have really taken care of us.”

The 354th EFS is deployed to Campia Turzii, Romania, but participates in these micro deployments across Europe to show NATO allies the U.S. commitment to a peaceful and stable Europe as part of a theater security package.

“The part we got out of this training is knowing that we have another partner nation that we can operate with almost seamlessly with both their tactics and the common language of close air support,” Rudolphi said.

“The relationship between the Slovak military and the American military here in Slovakia is very close and has been for many years,” said the ambassador during a May 18 visit to Sliac Air Base. “This is a terrific way to continue to strengthen the military relationship we have with Slovakia.”

The TSP serves as part of a routine deployment of additional fighter squadrons, support personnel and equipment aimed to bolster U.S. forces in Europe on a rotating basis. Theater security package rotations have been occurring in the Pacific region since 2004.