Campo Grande — U.S. Airmen traveled to Brazil to participate in a week-long subject matter expert exchange with members of the Brazilian air force, from May 11-15, focusing on Search and Rescue capabilities.

The Airmen from Air Forces Southern’ s 347th Rescue Group and 571st Mobility Support Advisory Squadron, supported  a week-long exchange of SAR best practices with a goal of strengthening the partnership between the United States and the Brazilian air forces.

“We share the same goal of keeping our people safe,” said Col. Oliveira, Campo Grande Brazilian air force base wing commander. This exchange will help both of our air forces keep their people safe whether it’s during a humanitarian mission or in a combat environment.”

Through continual SMEE engagements with partner nations like Brazil, the U.S. military is able to show support to our allies and partners, as well as collaborate with other nations to address common security challenges and help promote regional security.

“The team that’s assembled here really allows us to cover all aspects of SAR,” said Maj. Eric Navarrete, Air Forces Southern regional affairs specialist. “With this amount of expertise I’m confident that there will be an amazing exchange of knowledge and both air forces will be able to take something back to their force that they didn’t have knowledge of before.”

The week consisted of presentations from both air forces to showcase how they executed SAR operations, followed by a field exercise day, and a tour of their squadron to meet the men and women who make it possible to perform their missions.

On the last day of the exchange the team was met by the commander of the base.

“Always remember there is no greater reward then the feeling of having saved a life,” said Oliveira.  “In the words of Andy form from Toy Story, ‘you’ve got a friend in me’.”

Airmen from 12th Air Force (Air Forces Southern) routinely visit partner nations in Central and South America, as well as the Caribbean to exchange knowledge and ideas covering a variety of military disciplines. 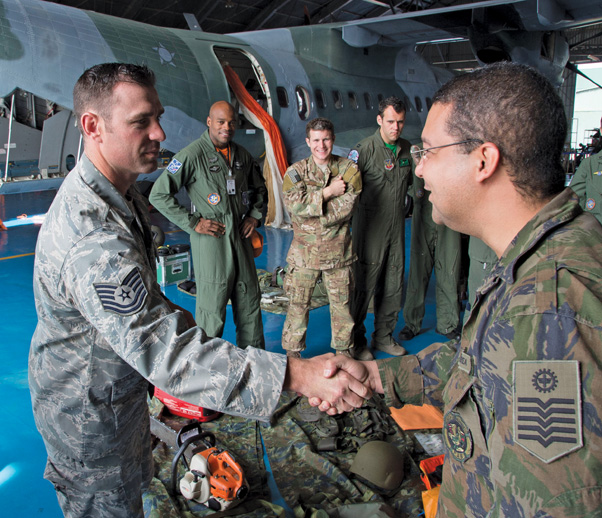 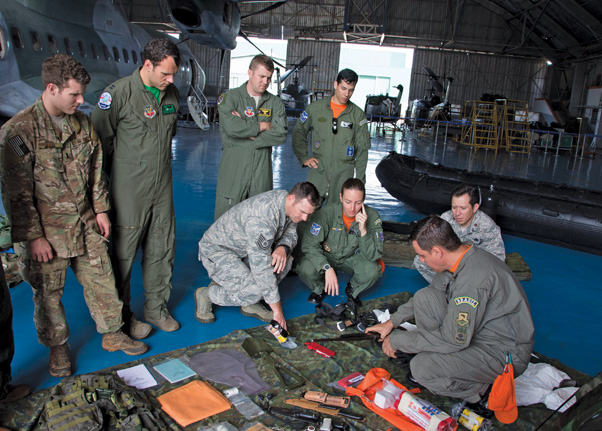 Members of the Brazilian air force present emergency safety equipment from an aircraft to members from Air Forces Southern, May 15 in Campo Grande, Brazil. The equipment being showcased is pivotal to the survival of the air crew in a worst case scenario where the aircraft crashes. 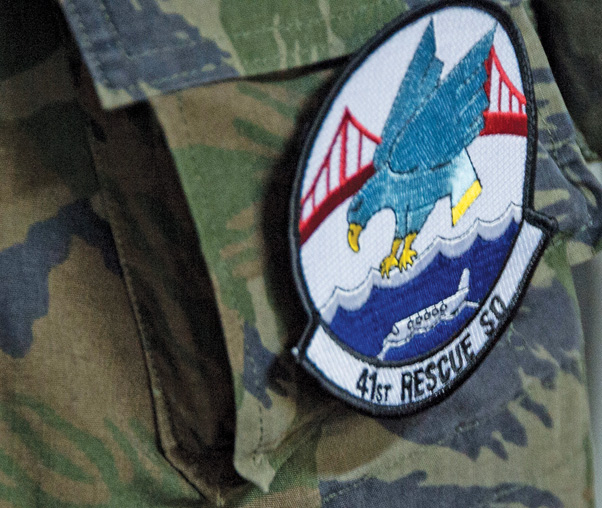 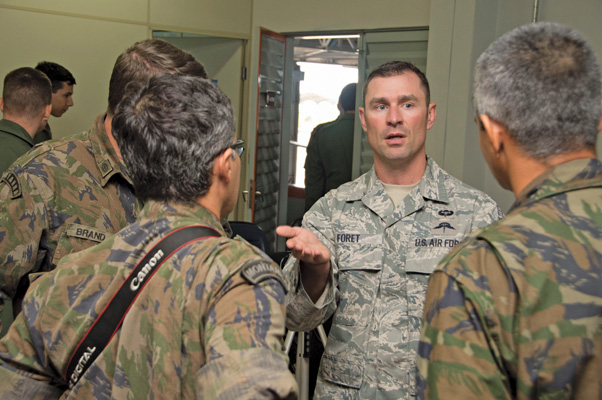 Tech Sgt. Daniel Foret, 571st Mobility Support Advisory Squadron survival, evasion, resistance and escape specialists, speaks with members of the Brazilian air force after a presentation on May 11 in Campo Grande, Brazil. Foret spoke and explained the importance of SERE specialists and how they can be utilized to train forces. 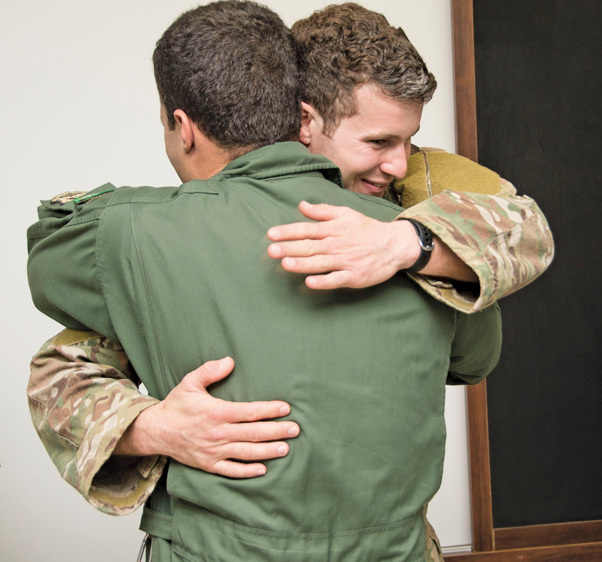 1st Lt. Evan Terry, 38th Rescue Squadron combat rescue officer, hugs a member of the Brazilian air force during the closing moments of a week-long exchange focused on enhancing Search and Rescue capabilities, May 15 in Campo Grande, Brazil. During the week long exchange Terry shared details of his role and responsibilities as a Combat Search and Rescue Officer.