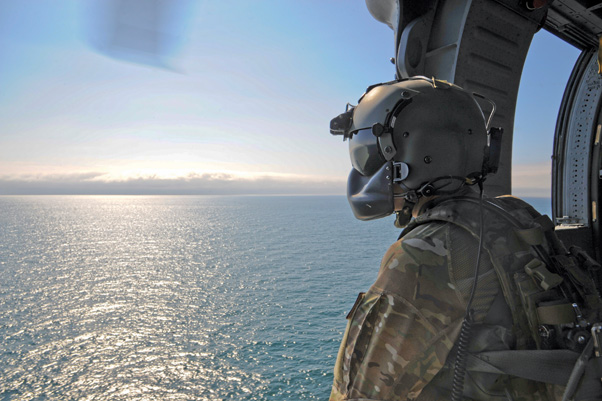 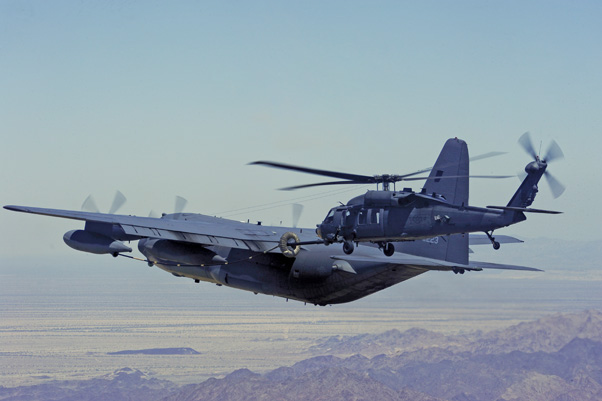 A U.S. Air Force MC-130P Combat Shadow from the 130th Rescue Squadron refuels an HH-60G Pave Hawk from the 66th RQS during a flight to Southern California for a mass casualty exercise during Angel Thunder 2015, June 11. Angel Thunder is hosted by the 355th Fighter Wing at Davis-Monthan Air Force Base, Ariz., but many flying operations extend throughout Arizona, New Mexico and California. The 66th RQS is stationed at Nellis Air Force Base, Nev., and the 130th RQS is stationed at Moffett Federal Airfield, Calif. 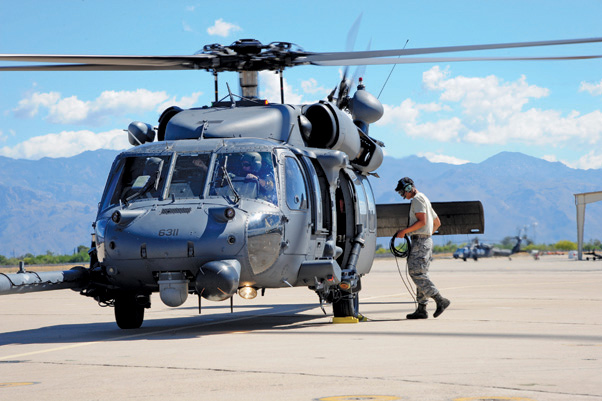