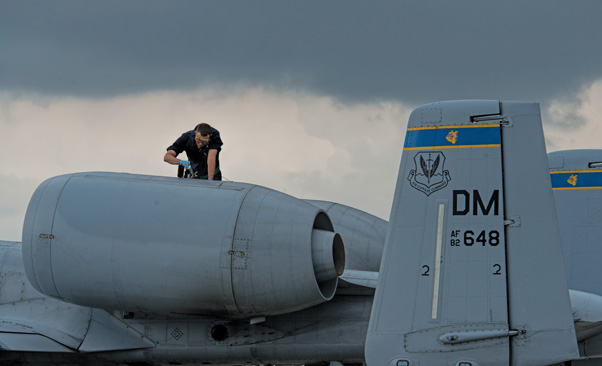 An aircraft maintainer assigned to the 354th Expeditionary Fighter Squadron inspects the oil levels of an A-10 Thunderbolt II attack aircraft engine during a theater security package deployment to Lask Air Base, Poland, July 13. The U.S. and Polish air forces will conduct training aimed at strengthening interoperability and demonstrating the countries’ shared commitment to the security and stability of Europe. More than 70 Airmen from the 355th Fighter Wing, Davis-Monthan Air Force Base, Ariz., and the 52nd Fighter Wing at Spangdahlem Air Base, Germany, are supporting this deployment.