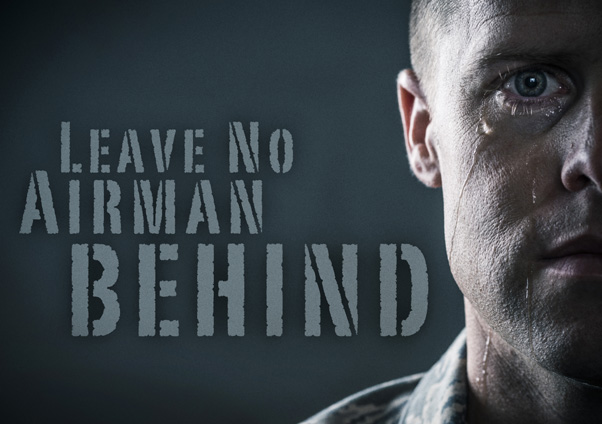 WASHINGTON — As part of ongoing Defense Department and Department of Veteran’s Affairs efforts to continue to combat suicide, Pentagon officials recently emphasized the powerful role of individuals — as well as peer support and other resources — in suicide prevention.

DoD, in collaboration with the Department of Veterans Affairs, is promoting the “The Power of 1” campaign during September in observance of Suicide Prevention Month. The theme underscores the belief that individuals have the power to teach reliance, recognize warning signs, intervene, chat or make a call; it only takes one person or one act to save another person’s life.

One Suicide is Too Many

“Every loss due to suicide is tragic, and we recognize that even one suicide is too many,” Defense Secretary Ash Carter said in a message to the force last week. “Suicide Prevention Month provides an opportunity for us to demonstrate our collective resolve to combat this preventable problem and promote steps to increase knowledge and foster understanding.”

“We’ve moved away from a mass briefing in a movie theater,” she said. “The focus now is on small groups, and it’s interactive. The first-line supervisors are the folks who can really influence getting people into care when they need it and making sure people have access to the right resources at the right time so they don’t have to struggle for longer than they need to.”

“In bystander training,” she added, “peers train to ask peers, ‘Are you thinking of killing yourself?’ We call it, ‘Asking THE question, the important question.’ We won’t know if folks are at risk unless we ask the question. It’s a tough question to ask, but when people ask the question — particularly at a peer level — we know they need to be able to stand ready to get the person into care and literally escort them into care if need be.”

Franklin said at-risk individuals could have anywhere from five to 20 different warning signs. She said they could be going through relationship, legal, financial, emotional or other problems and could withdraw from socializing with their fellow service members.

“When that sense of belongingness is threatened, it can be a troublesome time for a service member,” she said. “Leaders can combat this by letting their folks know it’s okay for them to get care, that they’re there for them, and that their people are still an important part of the mission.”

The defense secretary encourages everyone to participate in the suicide prevention campaign.

“The campaign stresses that a simple act by a single person can save a life,” he said. “Building on that, I ask each of you to make a personal commitment to participate in the ‘Power of 1’ campaign by taking just one step to help someone you see in need. In 2015 and beyond, embrace the ‘Power of 1’ by understanding that taking the time to ask a question or to pick up the phone can make a difference.

“Suicide is preventable,” Carter added. “No one needs to stand alone in crisis. The battle to prevent suicide depends upon our standing together — active and reserve, Army, Navy, Air Force, Marines, DoD civilians, and their families.”

When people call the Military Crisis Line at 1-800-273-8255 and press 1, they can speak to a confidential peer responder specifically trained to deal with any crisis or stresses the service member, veteran or family member may be facing.