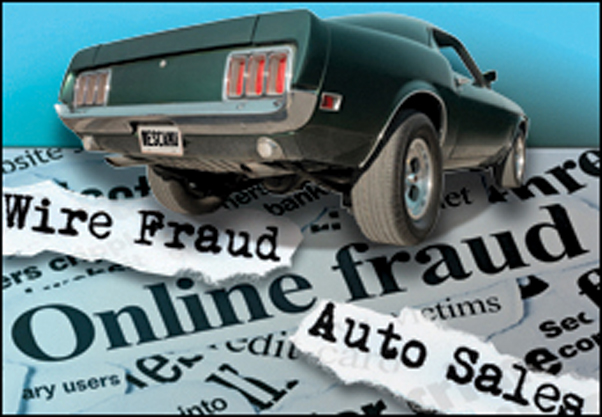 DALLAS – An individual or individuals using the “Exchange Inc.” name to handle vehicle purchases has once again been placing advertisements in auto magazines and commercial newspapers, leading Army & Air Force Exchange Service shoppers to believe they’re purchasing a vehicle through the Department of Defense (DoD) retailer.

“This has been an issue in the past , and now it’s beginning to surface again where someone is using the Exchange’s trademarked logo and name without permission to purportedly handle vehicles transactions in the United States on behalf of private sellers,” said Rick Koloski, the Exchange’s loss prevention vice president. “Unfortunately, some have sent money only to receive nothing in return.”

Despite the fact that military exchanges do not have the authority to sell vehicles or represent private sellers in completing transactions in the continental United States, the individuals responsible for these advertisements have left consumers with the impression they are doing business with the DoD’s oldest and largest exchange service.

“This type of fraud has proliferated with the use of the Internet and continues to be a challenge because oftentimes the perpetrator cannot be identified as the methods they utilize are not traceable back to any individual,” Koloski said. “In fact, in one case, money wired by an individual was picked up in Bangladesh, indicating this crime goes well beyond U.S. borders.”

Shoppers who believe that they may have been taken advantage of can file a complaint through the Internet Crime Complaint Center at www.ic3.gov.

Exchange facilities are located solely on military installations. While the Exchange does have mail order and Internet offerings, the Exchange does not advertise in civilian outlets such as metropolitan newspapers or automobile sales magazines. All advertisements for legitimate Exchange offerings are published in outlets whose audiences are mostly composed of military members

An outbreak of COVID-Kindness? Am I symptomatic?

Redirecting the Energy of Our Fears into Hope Amid COVID-19