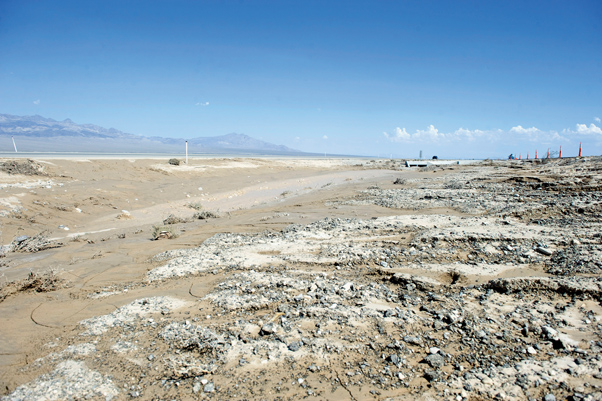 DAVIS-MONTHAN AIR FORCE BASE, Ariz. — As monsoon season continues, and thunderstorms are almost a daily occurrence, let’s think about all the hazards associated with the storms. There’s lightning, high winds and heavy rain. With heavy rainfall comes the possibility of flooding. How dangerous can a flood be? The answer is, extremely dangerous.

Usually, people think that small amounts of water aren’t a huge danger, when in fact; they can cause a lot of damage. It takes only six inches of floodwater to cause a person to lose their balance, and two feet of it can carry most cars away. Flooding is a serious natural disaster. It can claim lives and cause devastating destruction to a community. Knowing which types of floods your area is most susceptible to is important so you can adequately prepare for the associated hazards.

In Tucson and the local area, we are vulnerable to flash floods due to the region’s active monsoon season. Flash floods are dangerous because they leave little to no warning compared to other types of floods that can be prepared for in advance. The rapid speed of the water can carry rocks weighing hundreds of pounds for some distance, with the potential to injure people or damage property. These hazards and many others make it a deadly force of nature that can catch people unaware and unprepared.

There are two types of notices that aid in alerting the populace about a flash flood occurrence. A flood or flash flood warning is issued to inform the public that flooding is imminent or in progress. It focuses on specific counties, communities, streams, or areas. Flash flood warnings are issued for flooding usually occurring within five to six hours of heavy rain. Flood watches are issued to inform the public as well as cooperating agencies and other interests that the current and developing weather conditions are favorable for flooding. There are several ways to receive these alerts, such as text messages or weather applications via your phone, and emergency broadcasts over the radio and television.

If you are caught in an area where flood waters are heading, get to higher ground. If this means abandoning your car, then you should do it. But drivers beware, if you are driving during or after a flood and ignore signs or barriers that are set up to prohibit motorists, you could face some consequences. The “Stupid Motorist Law” holds motorists liable for the cost of emergency services administered to rescue them, or their vehicle.

It is important to always be alert and prepared when heavy rain is coming to your area. You can utilize resources such as www.floodsafety.noaa.gov,www.floodsmart.gov, and http://www.beready.af.mil/ to better prepare yourself and others.