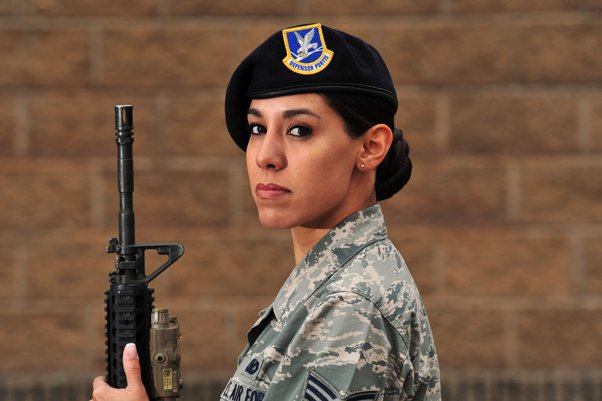 NELLIS AIR FORCE BASE, Nev.  — My job as a public affairs professional consists specifically of communicating with the public to gain support for our Air Force personnel, resources and missions.

Although my job’s primary purpose is to strengthen the bonds between the Air Force and the public to promote public understanding and support of the Air Force, I can tell you we make our share of mistakes that don’t always cast the Air Force in a positive light.

Living in the digital age, social media has become the new norm in our ways of interaction in both our personal lives and workplaces. Organizations often use it to promote and control their reputation and can use it as a source to feed their audience.

Unfortunately there will always be individuals with less than innocent agendas who use the various social media platforms. We can’t control that; however, we can control our responses and our professionalism.

Regardless of your personal thoughts, feelings and/or beliefs, the best advice that can be given is to just take a step back and think about what you do before you do it. What are the potential consequences of your actions and is it something that could represent our service positively?

As minor as you may believe your actions are, they can still create a negative image of you, your workplace, your career field and the Air Force.

I recently took part in something that ending up making its way around the Air Force and amongst my entire career field. It was humiliating.

I made an irresponsible decision to engage with a community page that was speaking poorly and criticizing my workplace.  I became defensive of my office’s position on the topic and the overall role public affairs plays in the Air Force. By doing this, I hurt my cause more than I helped it.

Although correspondence was done from my personal social media account, I was still speaking on behalf of my office, my career field, and the Air Force.

Did I get anyone injured? Was there any loss of life? No. Were aircraft still able to fly? Yes. Did the Air Force mission still get accomplished? Of course it did.

Nevertheless, my actions still reflected poorly on my office, our wing, entire base, and on my career field as a whole. You may think the actions you take at home do not represent your workplace or the Air Force, but I assure you they do.

One thing we must all keep in mind, whether we are in or out of uniform, or whether we are at work or at home, our actions and words represent our branch of service 24/7.