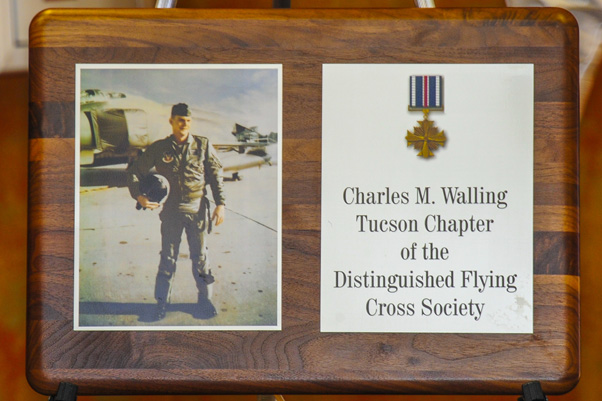 A plaque with a picture of U.S. Air Force Lt. Col. Charles M. Walling and the new name of the Tucson Chapter of the Distinguished Flying Cross Society was unveiled at Davis-Monthan Air Force Base, Ariz., Jan. 13, 2016. Walling died while flying an F4C Phantom that crashed during a close air support mission over Song Be Province, Vietnam, Aug. 8, 2006.