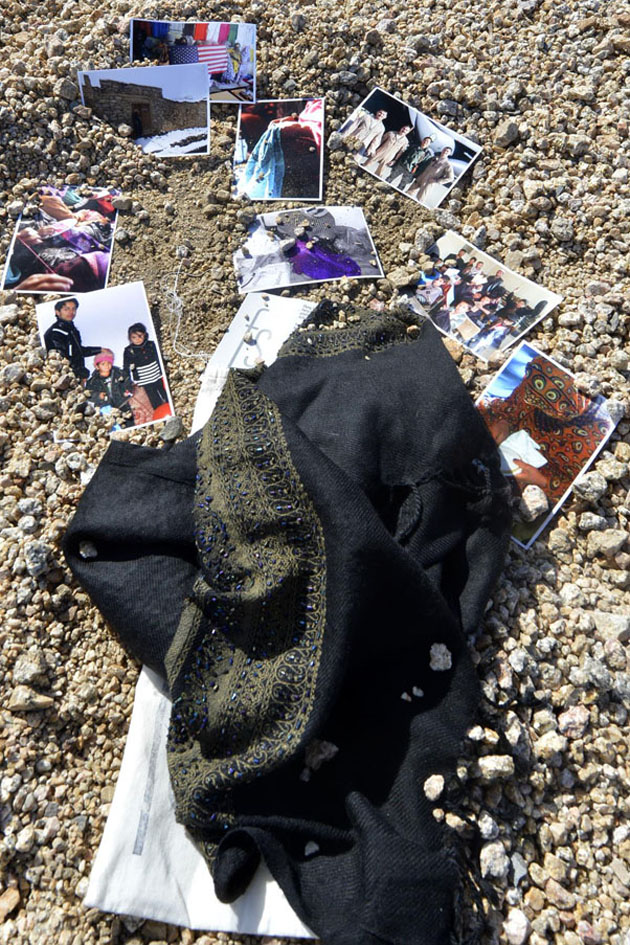 LUKE AIR FORCE BASE, Arizona — Within a dusty room, a simple conversation took place among four officers stationed at Bagram Airfield in Afghanistan, which would not only change their lives, but the lives of oppressed women struggling to survive in a Taliban-ravaged province.

“We all knew we wanted to make a difference,” Stenger said. “We wanted to make an impact that would last longer than our tour in that country. We engaged the locals and listened to their concerns and how we could help. We met a young student who was working with a group of widows in Parwan Province making handmade scarfs. Each of these women had husbands who were killed by the Taliban and were struggling to support their families. We knew then that these were the people we wanted to help.”

Hudgins had received a photograph from his sister showing her and her friends all wearing scarves. The idea of selling the women’s handmade scarfs to a wider market creating a successful business for these women was the way they saw they could help.

“That was my ah-ha moment,” said Hudgins.

In a part of the world, where women fill a role of cook and mother, and who have lost almost everything, these men stepped forward and helped the women break a barrier that had been in place for thousands of years by helping them create a business for themselves.

“The women we work with are absolutely pushing the acceptable limit of behavior in their communities,” Stenger said.

“They are challenging the status quo every single day and with that comes risks. There are risks from insurgent groups operating in that country and even risks from their own countrymen who want to maintain that conservative decorum. These women are tenacious, gritty and hard-working and have proven every day for the last four years that they will not be intimidated by anyone who wants to keep them enslaved by an outdated social paradigm, and I couldn’t be more proud of them.”

Stenger serves as a co-founder, an operations officer for the online business, and coordinates all the shipments out of Afghanistan. He has been there since the beginning and has seen what these women endure just to be able to live and support their children.

“When I look at my personal contributions, it pales in comparison to the sacrifices they are making every single day,” Stenger said. “These women fight not just for their families but for their entire country, for the rights of a generation of women to come. These women now are laying the foundation for the betterment of generations of women in Afghanistan. Knowing we at Flying Scarves play a small role in that gives us a great sense of fulfillment and purpose.”

The impact of that simple conversation four years ago has spread into meaning and purpose not just for the women in Afghanistan but for women in Kenya, India and Haiti as well. These women have created stability, economic freedom and have begun a radicalization of women’s rights in provinces that are as archaic as the sand blowing in the streets.

Flying Scarfs to date has earned more than $200,000 for the widows of Parwan Province, but more than money, these women have earned independence and a freedom to pursue their dreams. They have given hope to their children to make the world better than the one they grew up in. With the money these women make, their children can attend school and avoid potential terrorist recruitment.

What was once just a small goal of providing employment for the Afghan widows has now turned into a worldwide mission to find and aid other individuals in similar situations.

It is a nonprofit organization with all proceeds going to the women of underdeveloped countries, and it is the Airmen’s hope to spread the vision throughout the world providing women the opportunities to succeed.

“When you combine something you’re passionate about with service, you can change the world,” Stenger said.