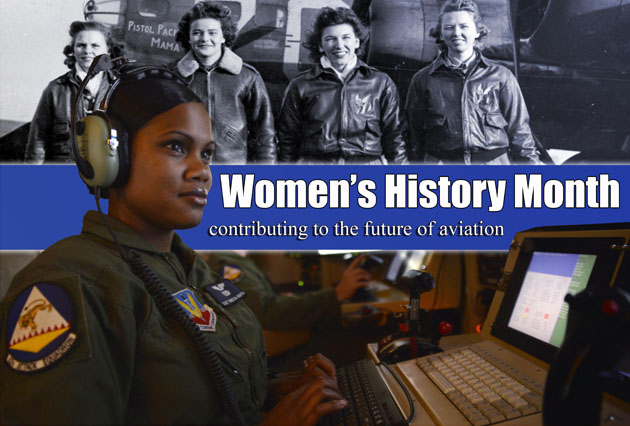 CREECH AIR FORCE BASE, Nevada — Many people say you can’t know where you’re going without knowing where you’ve been. For some this quote may not mean much, but for the women of the 432nd Wing/432nd Air Expeditionary Wing who provide the Air Force’s largest remotely piloted aircraft enterprise with support this statement rings true.

Women’s History Month had its origins as a national celebration in 1981 when Congress authorized and requested the President to proclaim the week beginning March 7, 1982 as “Women’s History Week.”

As we enter March, we celebrate women and their contribution to the defense of our nation. We honor them regardless of backgrounds, nation or creed.

Sgt. Esther Blake was the first female to enlist in the newly formed Air Force on July 8, 1948 on the first hour of the first day it was authorized for women to join.  Since that faithful day women all over the world have followed in her footsteps.

Women of the 432nd Wing, serving in command positions, both past and present have achieved historic milestones while serving their country.

Women like Lt Col Shawna, who broke racial barriers when she became the first black female fighter pilot. She joined the Civil Air Patrol, worked at air shows and earned her private pilot’s license. Eventually, she was accepted into the Air Force Academy. She did all of this despite people telling her there was no such thing as a female fighter pilot. She earned her pilot wings in August 1999.

These women represent the caliber of women serving in today’s officer corps. According to the DOD, there are a total of 60 female military flag officers with 21 of those belonging to the Department of the Air Force, the most from any military branch.

Female Airmen also serve in key enlisted positions to include command chiefs, first sergeants, and Chaplain Assistants to name a few. They continuously improve the quality of life both on and off duty here at the 432nd Wing.

Despite the many misconceptions about women serving in today’s military, in a recent statistics release from the Defense Department, women make up 29 percent of all USAF military personnel, 30.5 percent of all civilian personnel, with nearly equal representation in both the officer (20.3 percent) and enlisted (18.9 percent) corps.

President Barack Obama during a 2015 presidential proclamation said, “We honor the many patriots who have shaped not only the destinies of other women, but also the direction of our history, let us resolve to build on their efforts in our own time.”