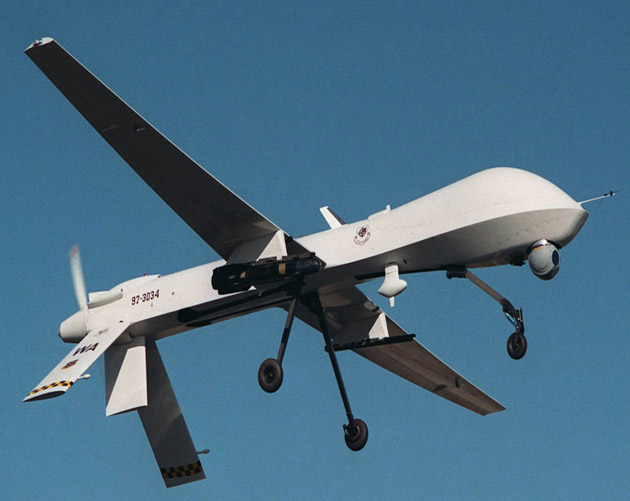 The basic crew for the Predator is a rated pilot to control the aircraft and command the mission, and an enlisted aircrew member to operate sensors and weapons as well as a mission coordinator, when required. The crew employs the aircraft from inside the ground control station via a line-of-sight data link or a satellite data link for beyond line-of-sight operations.

The remotely piloted aircraft system can be deployed for worldwide operations; likewise, the Predator can be disassembled and loaded into a container for travel. The ground control system and PPSL are transportable in a C-130 Hercules (or larger) transport aircraft. The Predator can operate on a 5,000 by 75-foot (1,524 meters by 23 meters) hard-surface runway with clear line-of-sight to the ground data terminal antenna. The antenna provides line-of-sight communications for takeoff and landing. The PPSL provides over-the-horizon communications for the aircraft and sensors.

Around the Air Force: Nov. 1

T.E.A.M. Together, Everyone Achieves More