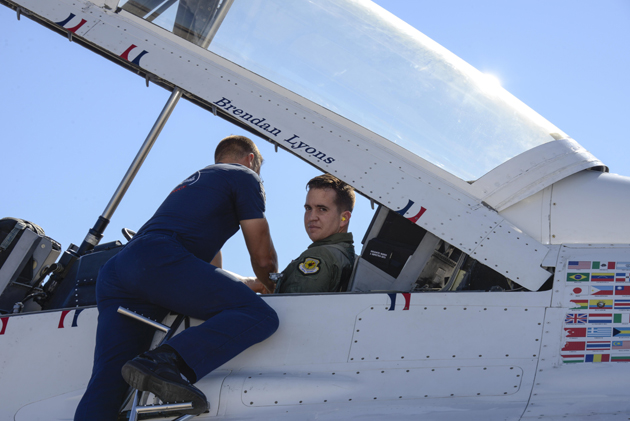 U.S. Air Force Staff Sgt. Conrad Nelson, from the U.S. Air Force Air Demonstration Squadron, secures Brendan Lyons, Tucson community hometown hero, in Thunderbird 7, an F-16 Fighting Falcon, at Davis-Monthan Air Force Base, Ariz., March 11, 2016. Lyons was nominated as a hometown hero to fly with the Thunderbirds because of his commitment to safety and his passion to make Tucson a safer community for cyclists and motorists. (U.S. Air Force photo by Senior Airman Chris Massey