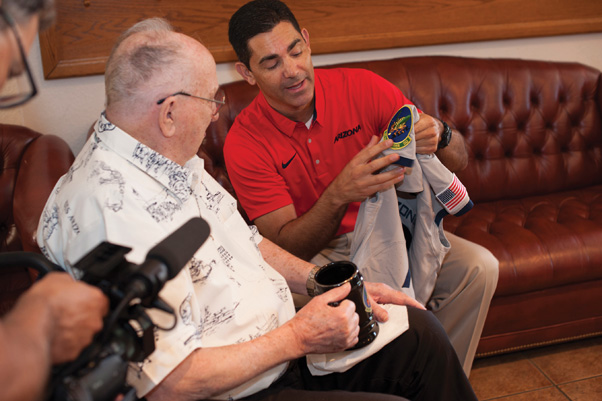 James Francis, University of Arizona senior associate director of athletics, shows Lauren Bruner, one of six living survivors of the Dec. 7, 1941 attack on the USS Arizona at Pearl Harbor, a commemorative jersey to be worn by the UA Wildcats football team Sept. 16, 2016. Bruner was honored throughout the Arizona Wildcats vs. Hawaii Rainbow Warriors football game commemorating the 75th anniversary of the Japanese attack on Pearl Harbor Dec. 7, 1941. 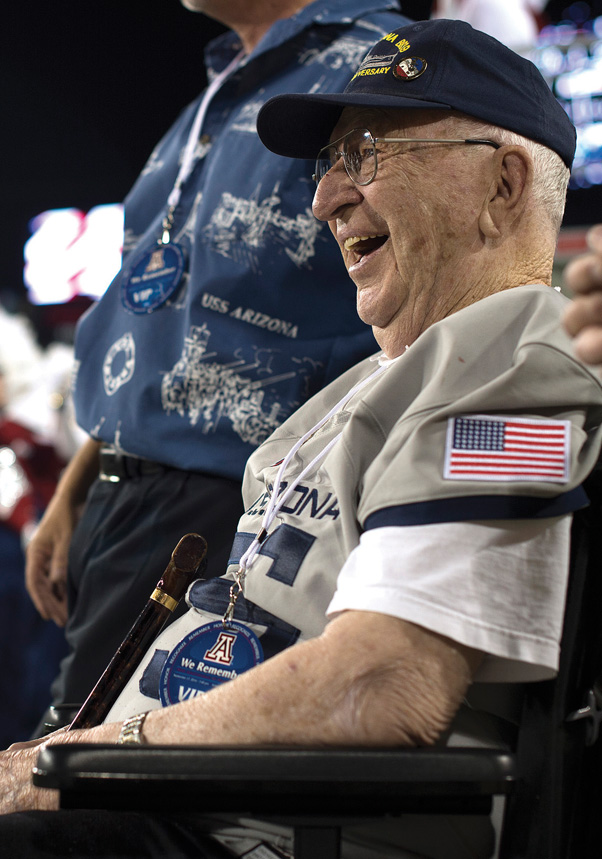 Lauren Bruner, one of the last surviving crew members of the USS Arizona, smiles during a performance by the Pride of Arizona marching and pep band at Arizona Stadium in Tucson, Ariz., Sept. 17, 2016. Bruner was honored throughout the Arizona Wildcats vs. Hawaii Rainbow Warriors football game commemorating the 75th anniversary of the Japanese attack on Pearl Harbor Dec. 7, 1941. 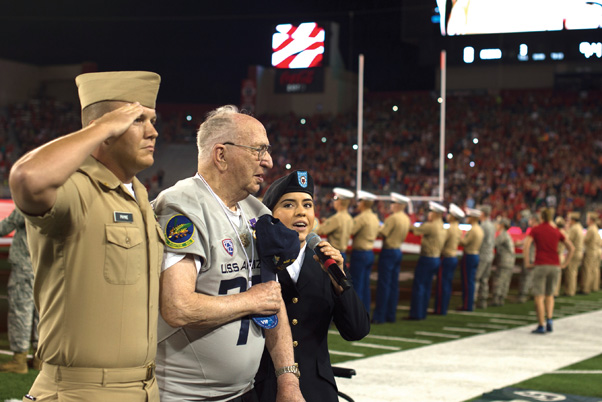 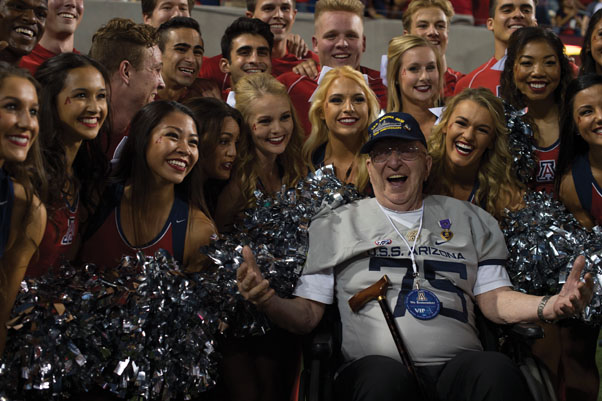 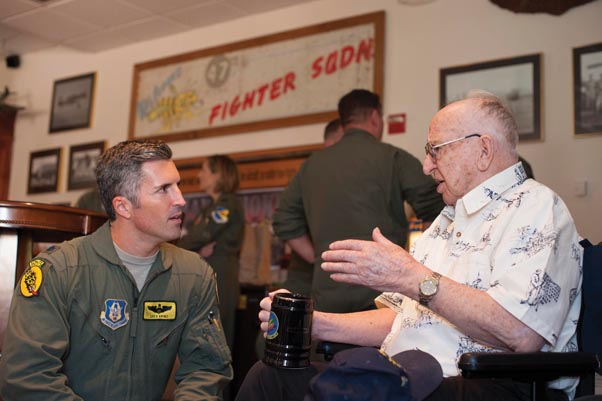 Lauren Bruner, survivor of the Dec. 7, 1941 attack on Pearl Harbor, speaks with Lt. Col. Greg Krino, 47th Fighter Squadron A-10 pilot, at Davis-Monthan Air Force Base, Ariz., Sept. 16, 2016. The 47th FS was originally the 47th Pursuit Squadron assigned to Wheeler Field, Hawaii, which was credited with shooting down eight aircraft on Dec. 7, 1941, in defense of Pearl Harbor.