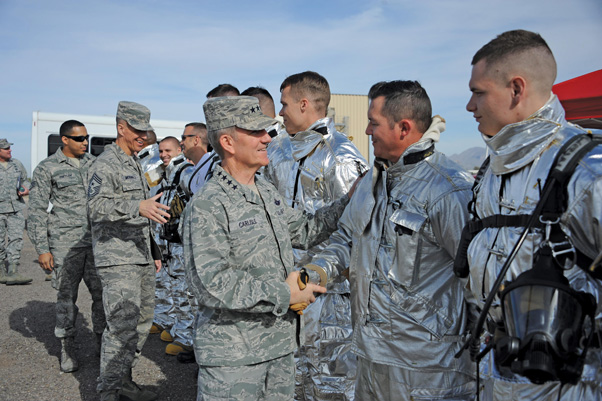 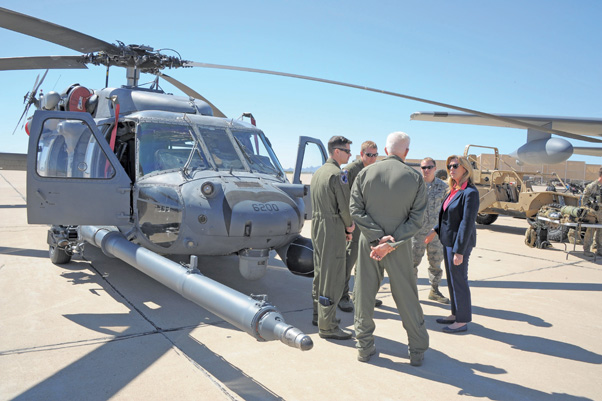 Secretary of the Air Force Deborah Lee James speaks to 355th Fighter Wing Airmen during a tour at Davis-Monthan Air Force Base, Ariz., March 9, 2016. James is the 23rd SecAF and has 30 years of senior homeland and national security experience in the federal government and the private sector. James and Deputy Secretary of Energy Dr. Elizabeth Sherwood-Randall visited various units to discuss their mission operations, priorities, and capabilities, in addition to D-M AFB’s significant contributions to efficient energy use.