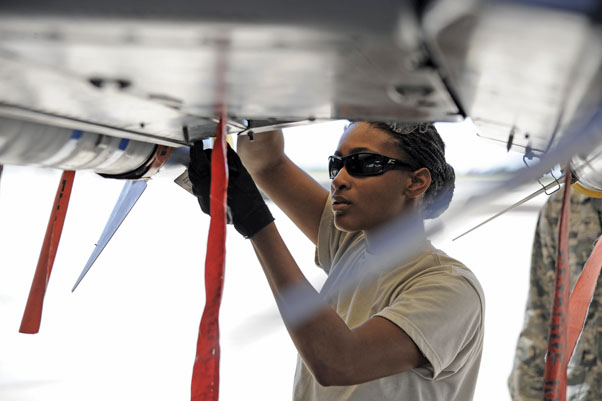 U.S. Air Force Airman Brittany Wade, 354th Aircraft Maintenance Unit weapons crew member, loads an AIM-9 Sidewinder missile onto an A-10C Thunderbolt II during a load crew of the quarter competition at Davis-Monthan Air Force Base, Ariz., Oct. 7, 2016. The objective of the contest is to determine which team can most efficiently load munitions onto an A-10. 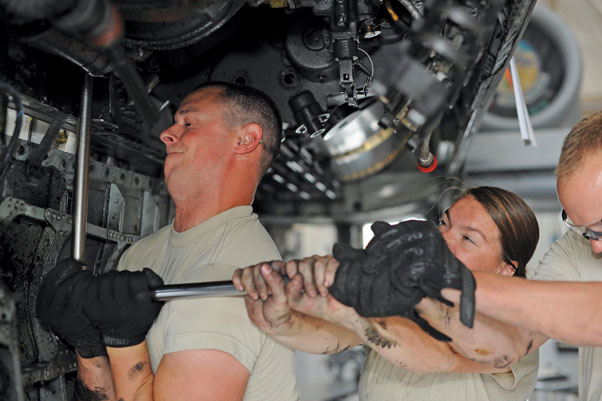 U.S. Air Force 355th Aircraft Maintenance Squadron load crew Airmen use a breaker bar to loosen a gun mount bolt on an A-10C Thunderbolt II at Davis-Monthan Air Force Base, Ariz., Oct. 24, 2016. Certain bolts are pressure tightened to guarantee safety of equipment and can take four people to loosen them.