However, it wasn’t always like this. Have you ever imagined what it was like to fly when there was no radar, or state-of-the-art airports to take off or land aircraft?

A fascinating book, High in Desert Skies, by William Kalt III, gives the reader a bird’s eye view of aviation in the Arizona skies from 1910 to 1927 long before Luke Air Force Base, Davis-Monthan AFB in Tucson or the expansive international airports existed.

Kalt said the main point he wanted to emphasize was how difficult flying was during that period of time, especially cross-country flying.

“Airplanes were much lighter with less powerful engines, which allowed wind and weather conditions to play havoc with them,” he said. “Mechanical breakdowns occurred often, sometimes forcing landing in trees, brush, and ditches.”

What’s more, modern aircraft is pressurized, which enables the crew and passengers to fly in climate controlled comfort to heights of more than 35,000 feet, far different from what the early pilots had to endure.

“Without an enclosed cockpit, the pilot dealt with erratic temperatures, the wind and the noise of flying the entire trip, often leaving him unable to hear and exhausted after a lengthy flight,” Kalt said.

“Pilots often put their airplanes down on ball fields, city streets and vacant lots due to a lack of landing fields,” he said. “Most airfields had no runways and often contained stumps and arroyos making for a rough landing that could damage the aircraft.”

High in Desert Skies tells the story of these early aviation adventures. “It involved a lot of research and an intense interest in Arizona history,” Mr. Kalt said.

“My family imbued me with a deep passion for Arizona history, and it is my goal to record as much of it as possible for future generations,” he said. “Aviation provided a key lift not only to Arizona but the world, thus drawing me to examine the facts of its impact. I researched news accounts of the day, books, online and family stories of early flying in Arizona to produce the book.”

Kalt found the years 1910-27 particularly significant for the book for a variety of reasons. There were many stories to fill a book, but the challenge was not making the book so large that it would be hard for readers to handle.

“Birdmen first topped the Arizona skies for the public in Phoenix and Tucson in 1910, so it was a good place to begin the book,” he said. “Between then and Arizona’s early aviation pinnacle, the 1927 visit of trans-Atlantic hero, Charles Lindbergh was the appropriate place to conclude the book.”

“After the 1910 flights, the initial west-to-east transcontinental pilot landed the first airplane to fly into the state in Yuma and met his east-to-west counterpart in Tucson the following year,” Kalt said. “Seven years passed before airplanes landed in Arizona again.”

When flying in Arizona resumed, most of the flights flew into Tucson and Phoenix during the following nine years, he said.

Arizona’s favorable weather has always made the state a friendly place for aviation.

“Air routes through the state provided favorable low-altitude pathways across the West during flying’s early years,” Kalt said. “This advantage was dramatically illustrated in 1924 when the commander of the military’s first round-the-world flight made an urgent request to change the flight plan to fly into Arizona because of the wear and tear on the engines made flying above the Rocky Mountains impossible.”

High in Desert Skies also focuses on the namesake of Luke AFB, Lt. Frank Luke Jr. He was a Phoenix native and World War I ace who was the first Airman to receive the Medal of Honor.

He was bold and brash, stamping an everlasting signature in Arizona aviation history. Luke was also known as the “Arizona Balloon Buster” because he destroyed German observation balloons and aircraft. He was killed Sept. 29, 1918, Kalt said.

A little-known fact the book sheds light on is the 1919 Luke Memorial Tournament to raise funds for an airfield in Phoenix more than 20 years before the birth of Luke AFB.

Not only that, readers meet the state’s other World War I ace, Ralph O’Neil, of Nogales. He was largely responsible for assembling Mexico’s air corps and building a New York to South America passenger and cargo airline.

Kalt’s love for early aviation history in Arizona is part of his deep roots in Arizona history as a whole. His family settled in the state in the 1880s. He was born in Tucson and earned a master’s degree at the University of Arizona.

“My love of Arizona history sprang to life on my grandmother’s lap as she shared tales of growing up in the territory’s rough and tumble mining towns prior to statehood,” he said. “Her stories created a true love and burning desire to share stories of the pioneers and capture the accounts of their bygone days.”

High in Desert Skies followed Kalt’s other book, Tucson was a Railroad Town: the Days of Steam in the Big Burg on the Main Line.

Kalt said given time he would like to continue stories of aviation after 1927.

“Certainly, there is another great batch of flying stories after 1927, several of which I have already collected, so given time I could do that.” 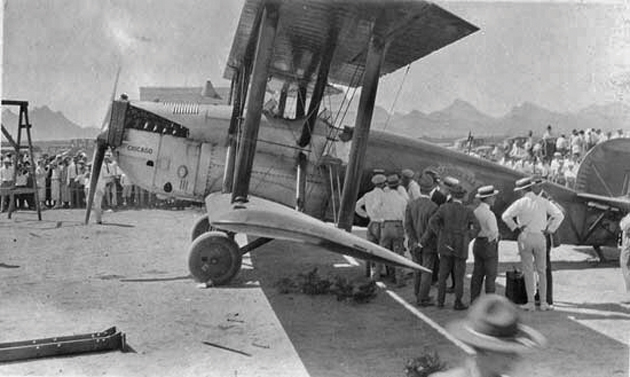 Former Davis-Monthan Air Force Base commander Lowell H. Smith led the United States first flight around the world in 1924. Reporting that wear and tear on his Douglas World Cruisers during their more than 300 hours flying time would make it impossible to follow the original flight plan over the Rocky Mountains, he requested a route that took him into Tucson. Smith’s Chicago No. 2 sits at the city’s airfield that September while members of the local aviation committee stand near the aircraft. 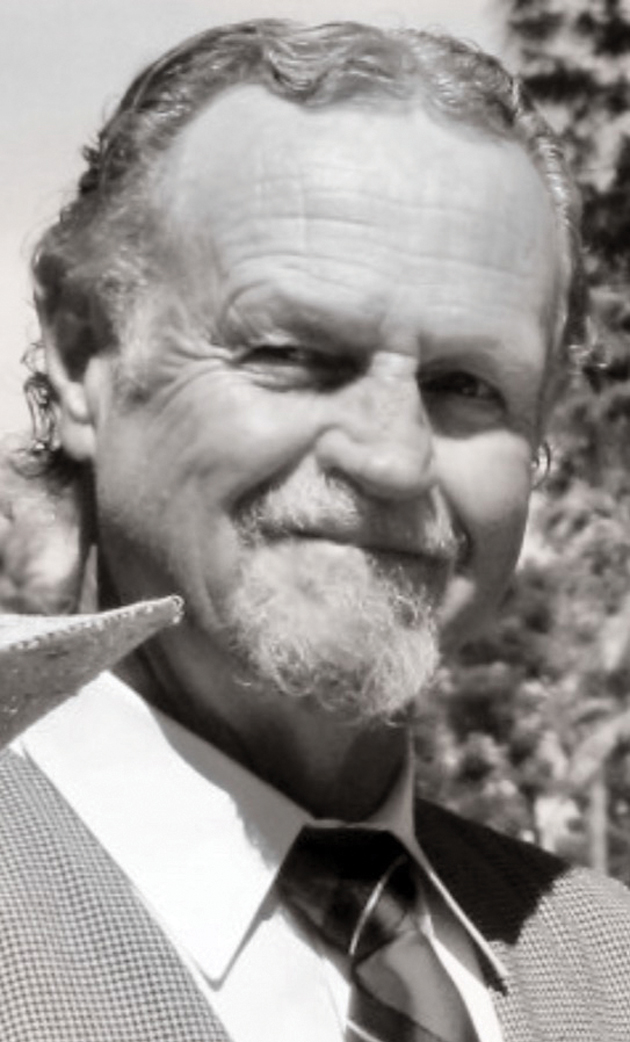 Award-winning author William D. Kalt III’s love of history sprang to life on his grandmother’s lap as she shared tales of growing up in the Territory’s rough and tumble mining towns prior to Arizona’s statehood. Imbued with a passion reserved for one’s true love and a burning desire to share stories of the pioneers, he set forth to capture the accounts of their bygone days. The Tucson-Pima Historical Commission awarded him its prestigious Historic Preservation Award in 2016. Learn more at http://highindesertskies.com.