RIONEGRO, COLOMBIA — A gentle but persistent breeze flows through the lush South American valley, offering respite from the often-oppressive heat its American visitors are used to.

The serene beauty of the Colombian landscape is sharply contrasted by the roar of an F-16CM Fighting Falcon as it takes to the skies, the deafening sound of its engine met with cheers of seemingly equal volume from the crowd of approximately 80,000 people who have come to see the jet in action.

The trip was intended to showcase the capabilities of the U.S. Air Force while fostering a positive relationship between the people and armed forces of the U.S. and Colombia.

“Colombia has a really good relationship with the U.S.,” said Maj. Carlos Nivia, director of U.S. Air Force mission operations at the U.S. embassy in Colombia. “They’re one of our closest allies in the region. We like to strengthen that mutually beneficial relationship by supporting them and having a presence here when we can. Being here also helps the Colombian people get a better idea of what the U.S. does and what we’re capable of.”

The U.S. brought a KC-10 Extender from Travis and a KC-135 Stratotanker from Tinker to provide aerial refueling for the fighter jets on the way to and from Colombia as well as for use as static displays. The U.S. also provided four F-16s for the air show; two from McEntire to be used as static displays and two from Shaw to be flown by the Air Combat Command F-16 Viper Demonstration Team.

“I always enjoy working with our allied nations,” said Maj. John Waters, ACC F-16 Viper Demonstration Team commander, and pilot. “Each nation’s armed forces bring a unique perspective to our efforts, but it was the people we met here who really made this experience great. The crowds at the show were by far the most enthusiastic I have ever experienced and the Colombian service members we worked with were incredibly welcoming and eager to help us with anything we needed.”

This trip marked the first time any of the participating U.S. Airmen had been to Colombia and the first face-to-face interaction with Americans for many members of the host nation’s armed forces.

“The U.S. Air Force is so big and (the Colombian air force) is very small, we were a little nervous they may be stuck-up,” she said with a laugh. “It was pleasant to see how friendly and easy to work with the U.S. was.”

The positive working relationship between the U.S. and Colombian air forces proved effective at accomplishing the mission at hand; the air show went off without a hitch, much to the joy of the participants and those in attendance.

“The Colombian people love the U.S., and they really like to see our aircraft in person,” Nivia said. “They see these iconic aircraft in magazines and movies, and they’ve become very symbolic of the U.S., so having the opportunity to see them firsthand and meet the people who work with them every day is huge for them.”

“This show really solidified the Colombian people’s positive opinions of the U.S.,” he said. “I had a lot of Colombian citizens approach me and ask how to join the U.S. Air Force, which was surprising to me. They were very inspired and motivated by everything the U.S. did here.”

With the rolling hills of Colombia’s sprawling countryside behind them, the American Airmen headed home with newfound enthusiasm for their jobs and a deeper appreciation for the U.S. Air Force’s impact as a global force. Perhaps more importantly, they leave with the understanding that their commitment to the U.S. and their dedication to excellence in all they do inspires the next generation of Airmen both at home and abroad. 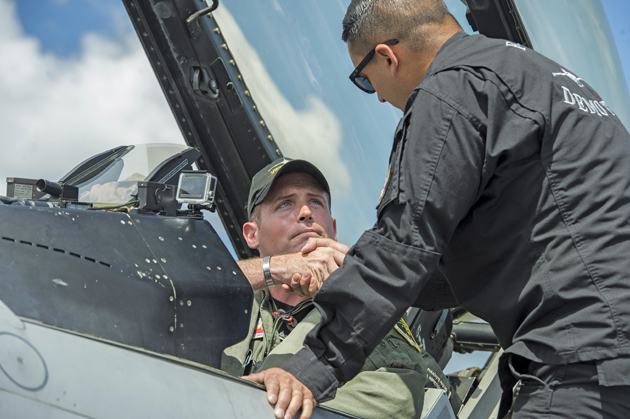 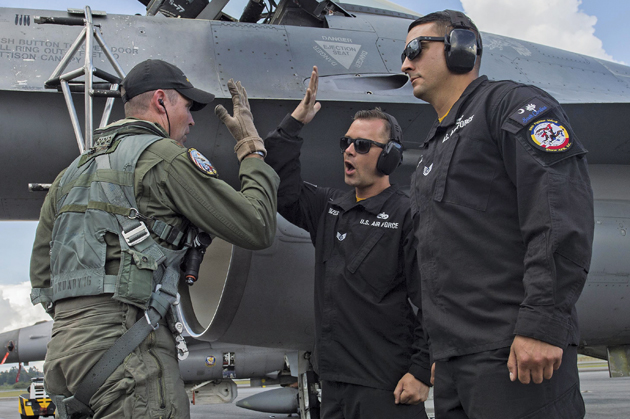