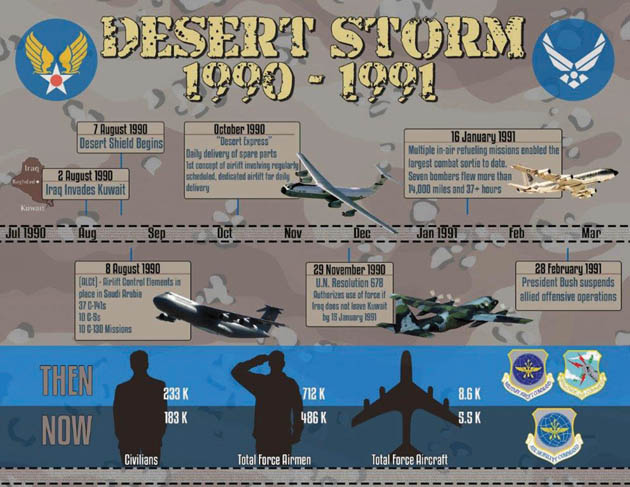 Following Iraq’s invasion of Kuwait in late 1990, President George H.W. Bush assembled a coalition to force the Iraqis out of Kuwait.

The U.S. Air Force provided the bulk of the Allied air power during the Gulf War in 1991, flying alongside aircraft of the U.S. Navy and the Royal Air Force.

The F-117 Nighthawk stealth fighter’s capabilities were shown on the first night of the air war when it was able to bomb central Baghdad and avoid the sophisticated Iraqi anti-aircraft defenses.

The Air Force, along with the U.S. Navy and the RAF, later patrolled the skies of northern and southern Iraq after the war to ensure that Iraq’s air defense capability could not be rebuilt. 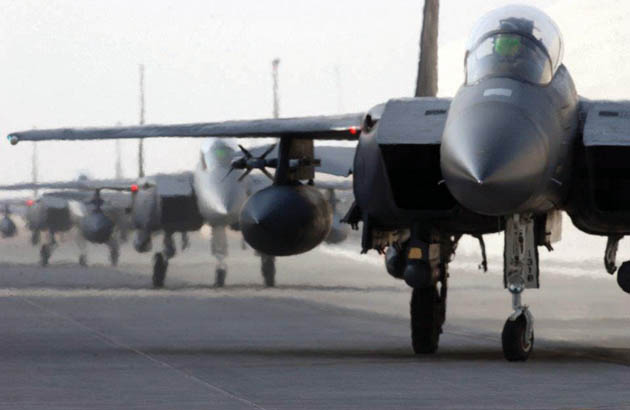 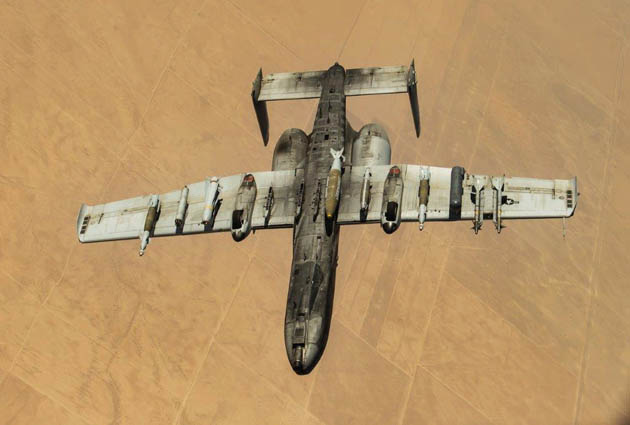 An A-10 Thunderbolt II departs after receiving fuel from a 340th Expeditionary Air Refueling Squadron KC-135 Stratotanker during a flight in support of Operation Inherent Resolve, July 6, 2017. The A-10 employs a wide variety of conventional munitions in support of OIR and the destruction of the Islamic State of Iraq and Syria.