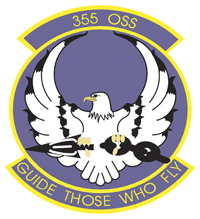 Mission: Supports the 355th Fighter Wing combat missions tasked by the President, the Secretary of Defense and the Chief of the Joint Chiefs of Staff. The squadron also directs operational support functions including airfield, air traffic control and weather services, weapons and tactics, plans and exercises, intelligence and aircrew flight equipment for 355th Operations Group, flying two A-10C squadrons. The OSS provides aviation support for for three other flying groups, totaling 10 tenant flying units, and Customs and Border Protection Air and Marine Operations operating on base. The OSS develops flying schedules for more than 14,000 sorties per year.

Slogan: “Guide Those Who Fly” 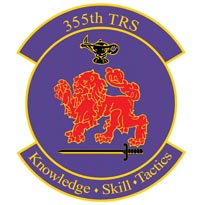 History: The 355th Tactical Training Squadron activated Oct. 1, 1975, with the 355th Tactical Fighter Wing at D-M AFB.  The 355th TTS remained the sole training source of A-10 pilots until May of 1992, when it deactivated and A-10 student pilot training fell under the control of the 355th OSS. The 355th TRS reactivated in July 1996 and is responsible for the overall execution of all A-10C formal training courses. 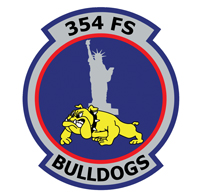 Mission: Maintains combat-ready posture for worldwide deployment of 21 A-10C aircraft to deliver attack airpower for the defense of the U.S. and its global interests. It employs precision engagement to conduct day and night close-air support, air interdiction, forward air control, and combat search and rescue. The 354th integrates with special operations in support of U.S. national objectives. 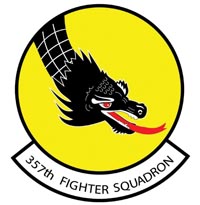 Vision: Through disciplined and efficient instruction, build aggressive, quick thinking, combat-ready attack pilots with solid foundational mindsets and a technically accurate understanding of the A-10 and its tactical employment. 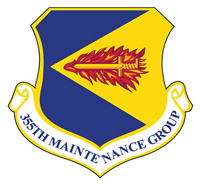 Mission: Supports the 355th FW’s extensive flying hour program by performing on-and-off equipment maintenance operations for aerospace assets and control of all munitions. Utilizes manpower, funds, equipment, and supplies to ensure mission accomplishment, and prepares forces to deploy in support of all contingencies. 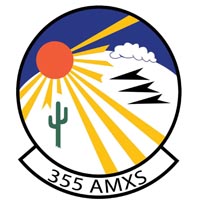 Mission: The squadron maintains approximately 55 A-10 aircraft and generates all combat and training sorties in the 355th Fighter Wing by managing the efforts of Airmen in 13 specialties who maintain this close-air support, attack aircraft. The 355th AMXS provides safe, properly configured aircraft in order to meet the flying-hour program for two fighter squadrons. The squadron also develops and executes scheduled maintenance plans to maintain long-term fleet health, while providing forces to support worldwide contingency taskings. 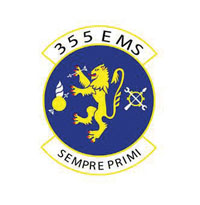 Description: There are more than 700 Airmen working in 19 maintenance, munitions, supply and administrative Air Force specialties, divided among five diverse flights: aerospace ground equipment flight, armament flight, fabrication flight, maintenance flight and munitions flight.  They are dedicated to providing world-class maintenance and munitions support to Davis-Monthan’s 111 A-10, C-130 and HH-60 assigned aircraft, as well as all transient and tenant aircraft on base.

Slogan: “The Biggest, The Best, EMS!” 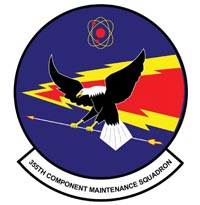 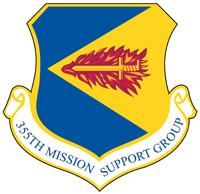 Mission: Removing obstacles that keep others from doing their mission; own the problem and provide a solution; and do it right the first time.

Slogan: “Proud to be MSG” 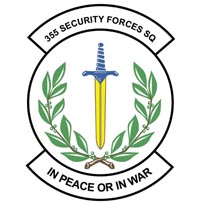 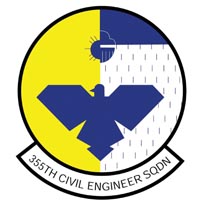 Mission: An integrated team of professionals planning, building, sustaining, and protecting the base and its environment for the Davis-Monthan community while providing combat-ready, deployable forces.

Vision: Develop the Air Force’s most capable combat engineer team, while developing, building and sustaining the Davis-Monthan AFB community with a dedicated and mission-focused team of professionals.

Description: Nearly 400 military and civilian engineers comprise the 355th CES. The squadron operates out of 21 facilities across the installation. Their efforts day-in and day-out provide the 355th FW and D-M teammates with a top-notch platform from which to train, operate and deploy. 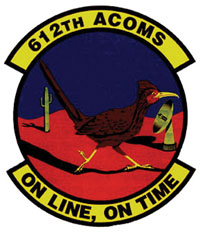 Slogan: “On line on time”