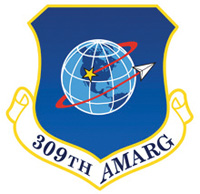 Description: The group, aligned under the Ogden Air Logistics Complex at Hill AFB, Utah, is a major industrial facility occupying 2,600 acres (four square miles) and managing an inventory of approximately 4,000 aircraft, representing approximately 80 different weapon systems. The acquisition value of these aircraft is approximately $35 billion. AMARG also stores 650,000 line items of aircraft production tooling; these are jigs, dies, forms and other tooling used to build aircraft components prior to assembly.

History: AMARG traces its heritage back to 1946 when the 4105th Army Air Base Unit was established to store and manage vast numbers of surplus World War II aircraft, but the group has since evolved. Today, AMARG has five major mission elements in direct support of the warfighter — the highly skilled 620-member workforce restores aircraft to flight capability; performs limited depot-level maintenance, complementing the air logistics complexes; and accomplishes aircraft parts reclamation. These are in addition to its historic storage and disposal functions. 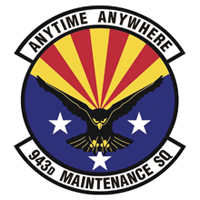 Slogan: “We Maintain So That Others May Live” 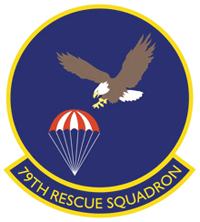 Recent history: Supported rescue and recovery operations in support of hurricanes Harvey, Irma and Nate and were on standby for Hurricane Maria. More than 1,400 people and 90 animals were saved in support of Harvey in Texas. 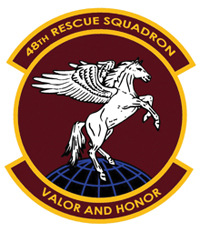 Mission: Organize, train, and equip Guardian Angel, and supporting forces for rapid deployment, and execution of full-spectrum personnel recovery operations in support of national security objectives across hostile, uncertain, and permissive environments that support air power from the ground up.

Vision: Develop a combat-ready organization with the agility to plan and employ high-risk technical rescue capabilities by exploiting the multi-domain environment through inspiring leadership and innovation as a superiorly trained, best maintained, and most capable squadron of personnel recovery experts in the world. 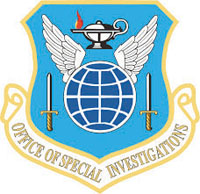 The Air Force Office of Special Investigations was established in 1949 as a separate operating agency under the staff supervision of the Inspector General. AFOSI is the primary U.S. Air Force investigative agency for major crimes.

The scope of AFOSI’s mission has evolved significantly. Today, the AFOSI mission includes such diverse investigative areas as criminal investigations, counterespionage, counterintelligence, anti-terrorism, technical and forensic support, fraud and environmental crimes, and protective services operations. AFOSI Det. 217 falls under the operational control of its headquarters at Andrews AFB, Maryland, and is tasked with the responsibility of providing the full range of AFOSI investigative support to the 355th FW, Headquarters 12th Air Force, and other Air Force and DOD entities/activities. 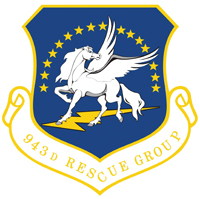 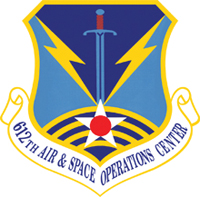 Vision: The innovative leader of AOCs for real-world execution and operational testing in air, space and information operations to support national military strategy. 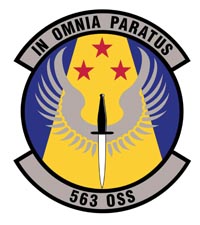 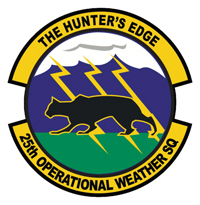 Vision: Science-based, decision-quality weather information for those we support in today’s fight … with an innovative mindset for tomorrow’s … by an organization and its Airmen that are integrated, balanced and resilient.

Description: There are more than 150 active-duty and civilian personnel. 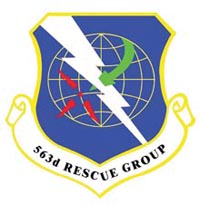 Description: Directs flying operations for one of only two active-duty Air Force rescue groups dedicated to personnel recovery. The group is responsible for training, readiness and maintenance of one HC-130 squadron and two HH-60 squadrons, two Guardian Angel squadrons, two maintenance squadrons and an operations support squadron operating from two geographically separated operating locations. The group is a geographically separated unit of the 23rd Wing located at Davis-Monthan Air Force Base.

Slogan: Per adversa ad ereptionem – “Through adversity to the rescue” 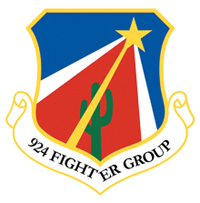