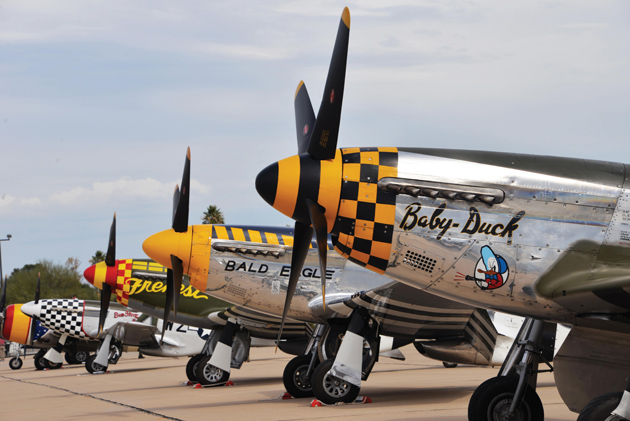 Fighter aircraft from the World War II era rest on the flightline during the 2017 Heritage Flight Training and Certification Course Feb. 12, at Davis-Monthan Air Force Base Ariz., Feb. 12, 2017. The modern aircraft that participated in this year’s HFTCC were the F-35 Lightning II, the F-22 Raptor, the F-16 Fighting Falcon and the A-10C Thunderbolt II. The historic aircraft included the P-51 and T-51 Mustang, the P-40 Warhawk, the P-38 Lightning, the P-47 Thunderbolt, the T-33 Shooting Star and the F-86 Sabre.