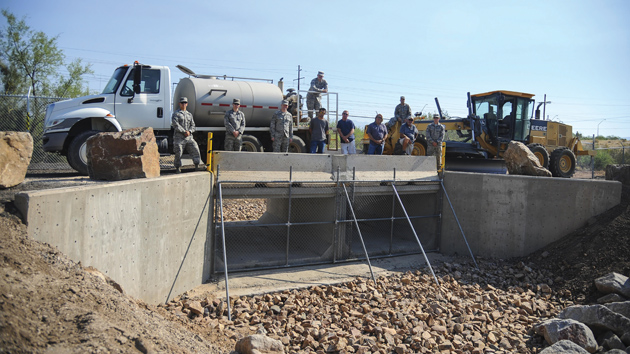 355th Civil Engineer Squadron pavements and equipment Airmen, also known as the Dirt Boyz, pose on top of the newly reconstructed Atterbury Wash and bridge June 28, 2017, at Davis-Monthan Air Force Base. The Dirt Boyz spent approximately 2,900 man hours and $157,000 on the project.